Push for racial justice could be an ‘awakening’ on abortion, prolife advocates say

St. Paul, Minn., Jul 27, 2020 / 01:01 pm MT (CNA).- Some pro-life advocates say that the recent push for racial equality in the US can be an awakening to the importance of their cause, and how the two problems can go hand-in-hand.

Kateri Remmes, a 22 year old intern for Illinois Right to Life and president of the University of Dallas pro-life club, told CNA that the climate of social justice surrounding racism has made her “want to fight it even more.”

“I’m seeing how much they go hand in hand, and how I can fight both” racism and abortion, Remmes said. “That was kind of my awakening, in a way, [to] the racial disparities going on today.”

Remmes has spent the summer writing about racial disparities in abortion. The climate of racial justice has been a key platform to speak about abortion, she told CNA.

“There is no better time to start highlighting and solving these racial issues than now. As racial disparities flood the news, it is important to expose the inequality that results in the unfair deaths of unborn black children and their mothers,” she wrote for Illinois Right to Life.

Some reports have shown that the climate of activism against racism following the death of George Floyd has heightened many young people’s sense of ambivalence toward abortion.

“Myself and other activists in my community are focused on issues that feel like immediate life or death, like the environment,” 19 year old Kaitlin Ahern told the New York Times. Her statement captures the sentiment of over a dozen young people that the Times interviewed for a June 30 article.

A recent study from the University of Notre Dame suggested that while Americans do not see abortion as a “desirable good,” abortion is not a problem that many believe needs to be debated in the public sphere.

“Attitudes toward abortion are not typical dinner table conversation,” the Notre Dame study said. It is “for many, deeply personal.”

For pro-abortion activists interviewed by the Times, that means that they need to “reframe (abortion) so it feels like a young woman’s fight” again.

But pro-life advocates don’t see the problems of racism and abortion at odds with each other. Instead, they sense an “awakening” on abortion, which is underlying and reinforcing many racial disparities.

The largest Planned Parenthood facility in the US recently removed their founder’s name, Margaret Sanger, from their clinic, acknowledging her “racist legacy.”

“The removal of Margaret Sanger’s name from our building is both a necessary and overdue step to reckon with our legacy and acknowledge Planned Parenthood’s contributions to historical reproductive harm within communities of color,” said Karen Seltzer, Board Chair at Planned Parenthood of Greater New York.

Kristi Hamrick, the chief media and policy strategist for Students for Life of America, told CNA that the ambivalence of some young people to abortion reveals that calling for more abortion is not an effective “rallying cry” in America’s current political climate.

“The strategy of a pro-abortion push during a pandemic misreads the American room,” Hamrick told CNA. “Is that really the thing that people who are struggling with unemployment, Covid, school uncertainty, and economic uncertainty want?”

Hamrick said abortion does not feel relevant to many young woman because “it ignores what women really want.”

While pro-abortion advocates scramble to re-frame abortion in a way that feels relevant to young women, Hamrick said there is an opportunity to reach out to women in what she calls the “mushy middle.”

“The idea of this generation sitting around every day just wishing they were empowered with more abortion is tone deaf and out of touch with what they want,” Hamrick told CNA. “More abortion is not a motivating force.”

Push for racial justice could be an ‘awakening’ on abortion, prolife advocates say 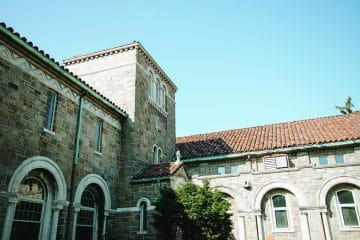