Resolved: Be a better television watcher in 2014

WASHINGTON (CNS) — A new year always brings the opportunity for a fresh start. Resolutions can be a tricky thing because they force us to consider altering long-held behavior patterns, and then make an affirmative choice for the change in behavior when the situation presents itself.

Take TV watching. It could be ripe for a change in behavior because Americans have the TV on so much every day. That allows for many chances to make those affirmative choices, instead of surrendering to the status quo.

Here are a few suggestions on making more affirmative choices in your television diet.

First, watch less TV. When NBC coined the phrase “must-see TV” to describe its powerhouse Thursday prime-time lineup of a generation ago, it didn’t mean that all of us must see TV regardless of what’s on!

Instead, think of the term “appointment television.” Just as you would with meals, put some advance thought about what it is you want to watch before you turn on the TV. Don’t be content with just watching the next show that comes on, and the show after that, and so on.

Another resolution: Hit the “mute” button on commercials. Because I regularly hit the mute button at home, it took me quite a few weeks to recognize what all the fuss was about with the “hump day” camel on the Geico ads.

By one token, the Geico ads are relatively benign. But if I’m watching a show that runs ads for video games rated “T” for teen or “M” for mature, that mute button is going to be pushed long before the rating pops up near the end of the spot.

If you watch TV, then resolve to watch TV. Avoid multitasking with the tube on. If you’re going to presumably view the collective effort of hundreds of people working on both sides of the camera, you don’t really want to be playing solitaire on your smartphone, do you? That lessens the experience for you, and shortchanges the people on the creative end.

Granted, you may have unknowingly ingested so much junk on TV that solitaire seems like an escape valve, but the real escape is to either change the channel or turn the thing off — TV or smartphone or both.

Resolved: If you have children in your home, don’t let them watch TV unattended. Watch with them. Make TV watching a reward, rather than a diversion that allows you to do “more important things.” In truth, time spent helping form children’s attitudes and consciences is the best time spent of all.

You would teach a child how to set a table by showing how it’s done, not by pointing to the dishes, utensils, glasses and napkins and expecting them to do it by themselves. The same is true with television, and probably even more so. Television is the messenger we allow into our homes. It not only shapes the culture, it also is the culture. You’ve got to be there to help interpret and decode messages for kids, even in the most innocuous shows rated “Y” for youth.

Finally, be a critiquer of TV. That’s different from being a criticizer. While there is much about television to criticize, you have to develop the ability to think critically about what you’ve viewed, and judge whether you as a viewer are being manipulated in ways you like or don’t like, ranging from the latest episode of a hit series to the local news.

With as many channels as there are today, you can certainly shop the television-programming marketplace to find shows that better appeal to your values and sensibilities, if you take the time to seek them out.

Love is at the source of Catholic pro-life position

Resolved: Be a better television watcher in 2014 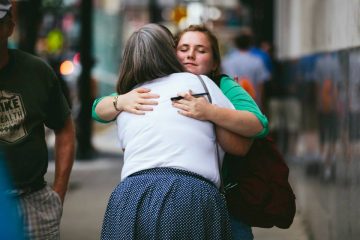