WASHINGTON — Although the Supreme Court just a few weeks ago declined to accept any of several challenges to rulings making same-sex marriage legal in various states, a 6th U.S. Circuit Court of Appeals decision Nov. 6 could lead to another shot at the high court weighing in on a nationwide approach to such unions.

It is the first federal appeals court ruling to uphold states’ rights to decide that marriage may be restricted to only heterosexual couples. Four federal appellate courts — the 4th, 7th, 9th and 10th — have said such bans are unconstitutional.

In a 2-1 ruling, the panel of the 6th Circuit said that although the question is no longer whether same-sex marriage will be allowed in the United States, but when and how, the two judges said it is better “to allow change through the customary political processes,” than through court rulings.

“When the courts do not let the people resolve new social issues like this one, they perpetuate the idea that the heroes in these change events are judges and lawyers,” the ruling said, in overturning lower courts in the circuit that covers Tennessee, Kentucky, Ohio and Michigan.

The Supreme Court typically does not accept cases of nationwide impact unless there is a division among lower circuit courts. The 6th Circuit’s ruling is the first to uphold states’ rights to prohibit same-sex marriage. As Judge Jeffrey Sutton noted in his 34-page opinion, “four federal courts of appeal have compelled several other states to permit same-sex marriages under the 14th Amendment,” and 19 states plus the District of Columbia have expanded the definition of marriage to include same-sex unions.

The ruling could be appealed to the full 6th Circuit or directly to the Supreme Court. If the latter, the case could come to the high court for review this term. Cases are typically heard through April with rulings by the end of June.

Sutton was joined in the majority ruling by Judge Deborah Cook. They found that “the marriage laws do not violate the Constitution. A principled jurisprudence of constitutional evolution turns on evolution in society’s values, not evolution in judges’ values. Freed of federal-court intervention, 31 states would continue to define marriage the old-fashioned way.”

Judge Martha Craig Daughtrey wrote an equally lengthy dissent arguing that the majority was shirking the court’s responsibility to determine “individual rights under the 14th Amendment, regardless of popular opinion or even a plebiscite.”

In her dissent, Daughtrey said that if “we in the judiciary do not have the authority, and indeed the responsibility, to right fundamental wrongs left excused by a majority of the electorate, our whole intricate, constitutional system of checks and balances, as well as the oaths to which we swore, prove to be nothing but shams.”

Archbishop Salvatore J. Cordileone of San Francisco, chairman of the U.S. bishops’ Subcommittee for the Promotion and Defense of Marriage, praised the 6th Circuit panel’s majority ruling for upholding citizens’ rights “to protect and defend marriage as the unique relationship of a man and a woman.” He said the court had acknowledged “the reasonable arguments for preserving the true definition of marriage” and respecting “the self-determination of states on this issue.”

“It is not society’s laws or for that matter any one religion’s laws, but nature’s laws — that men and women complement each other biologically — that created the policy imperative,” Archbishop Cordileone said in a statement.

The Michigan Catholic Conference, which supports upholding the state’s 2004 voter-approved amendment defining marriage as limited to between a man and a woman, called the court’s ruling “a joyous occasion for many communities and families across the state that have sought to protect the traditional definition of marriage.”

Catholic teaching upholds the traditional definition of marriage and holds that any sexual activity outside of marriage is sinful. The church also teaches that homosexual attraction itself is not sinful and that homosexual people “must be accepted with respect, compassion and sensitivity.”

On Nov. 5, a federal judge in St. Louis overturned Missouri’s ban on same-sex marriage. Before the close of business that day, at least some Missouri local governments began issuing marriage licenses to same-sex couples. That ruling is on appeal to the state Supreme Court.

Two days later, a federal judge in Kansas City, Missouri, also overturned the state limits on marriage. That judge said the order could not take effect until appeals to higher courts are concluded. Attorney General Chris Koster said he would appeal to the 8th U.S. Circuit Court of Appeals.

On Nov. 4, a federal judge in Topeka, Kansas, said that state’s ban on same-sex marriage is unenforceable, but blocked the ruling from taking effect until the state has time to appeal. Kansas is in the 10th Circuit, where a panel ruled 2-1 in July that Oklahoma’s and Utah’s bans on same-sex marriage are unconstitutional.

Football not the only sport with big games this weekend 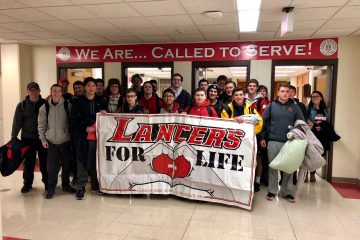