Our children all have very different personalities. Some are quiet and shy; some are outgoing and goofy. But dress any of them in a costume and give them props, and suddenly, they take on the personality of that character – no matter who is watching! They become the fearless defender of New York City as Spiderman, or the high- flying, dagger-wielding Peter Pan. It is incredible to witness the boldness and bravery that emerges. And yet, these heroes are nothing compared to St. Sebastian, whose courage, perseverance and strength we celebrate on Jan. 21.

St. Sebastian was a young man who lived in the late 3rd Century as a guard in the Roman Praetorium. He was also a Christian and he knew that being both was a great risk. Sebastian quietly lived out his faith and converted many other soldiers through his witness. However, Emperor Diocletian discovered his beliefs and had him tied to a tree and used as a human archery target. Miraculously, despite some accounts that said he looked like a porcupine, Sebastian did not die. A Christian named Irene found him and nursed him back to health. Once he recovered, Sebastian went back to Diocletian and begged him to stop persecuting Christians. Diocletian had him beaten to death and thrown in the sewer, never to be found.

However, Lucina, a Christian woman, discovered his body, and he was buried in the catacombs. He later became the patron of soldiers, athletes and archers, and is also a powerful intercessor against plagues.

The arrows that struck St. Sebastian did not conquer him. He overcame their pain through his steadfast reliance on God and the providential help of fellow Christians. They are now the symbol of his powerful patronage and intercession.

In this same way, let us use the difficult moments in our lives as a means to gain strength and courage. That is why we create bows and arrows as this month’s craft. May these tools remind us of the story of St. Sebastian, and give us the fearlessness and boldness to live out our faith, speak up for those who are persecuted and persevere throughout this new year with God’s grace. 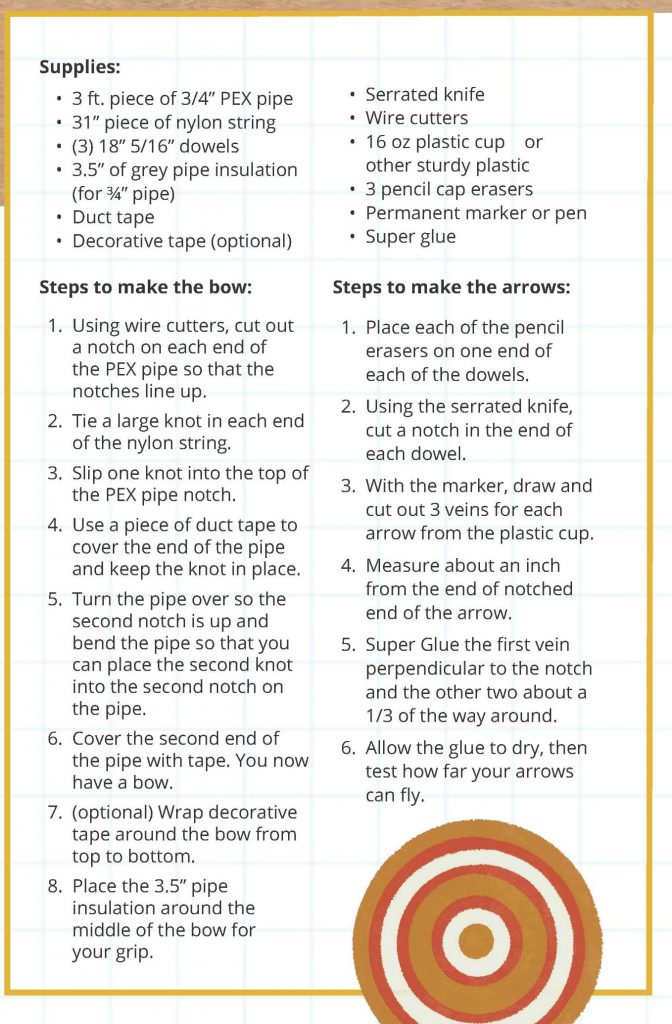 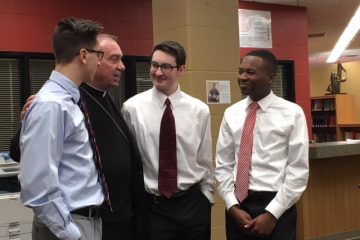