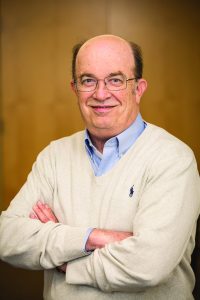 In a different age, members of the Salesian Guild of Greater Cincinnati would call out writers or reporters who published incorrect information about the faith, sometimes with public refutations.

These days the Salesian Guild is more cordial, with its whole mission wrapped up in annual event that serves as an opportunity for Catholic communicators to share a meal and be refreshed by each other’s company.

The Salesian Guild of Catholic Communicators of Greater Cincinnati will host its 75th annual meeting on Jan. 26 at The Summit Country Day School. The event will include Mass, dinner, keynote speaker, presentation of the Communicator of the Year Award and update on media law.

The keynote address will be delivered by Dan Hurley, who will speak about how civility can returned to our contentious conversations. Hurley is known most recently as the interim president of the National Underground Railroad Freedom Center and director of Leadership Cincinnati. He is also interim host of WVXU’s Cincinnati Edition, a former reporter and host of Newsmakers for Local
12, and a Cincinnati historian.

Named for St. Francis de Sales, patron saint of journalists, this unique organization with no dues or officers, meets just once a year near the saint’s feast day. The purpose is to foster fellowship among Catholics in communications-related fields.

“The Salesian Guild meeting is a wonderful opportunity to share fellowship, hear an inspiring speaker, and honor one of our own with the Distinguished Communicator of the Year award,” said John Kiesewetter, media reporter for WVXU Radio and member of the Salesian Guild’s planning committee. “Often, I’m surprised to see a longtime professional acquaintance or a fellow reporter at the dinner whom I didn’t know was Catholic.”

The Distinguished Communicator of the Year honor has been awarded since 1994, beginning with Daniel Kane, former communications director for the Archdiocese of Cincinnati. It is given to the Catholic communicator who exemplifies the best in communication skills, whose work touches people in the Archdiocese of Cincinnati, and who brings religious values to life in his or her work. The 2019 winner had not been selected at press time.

Originally called the Greater Cincinnati Catholic Press and Radio Associates, the Salesian Guild was founded in 1944. E. Leo Koester and Helen Detzel of “The Cincinnati Times-Star,” and Robert Otto of “The Cincinnati Post,” were the founding members. Some years later, Msgr. Edward Graham, once editor of “The Catholic Telegraph,” gave the guild its present name.

“The objective of this organization is not to angle the news for the benefit of the Church, but to proclaim our belief in God and to honor the patron of journalists, St. Francis de Sales,” Otto said in 1949. That remains true today.

Early on, the gatherings were breakfasts, taking place after a morning Mass. Later, when rules were relaxed to allow Mass to be celebrated in the evening, the event became a dinner. Today it draws attendees from all walks of communications work in Greater Cincinnati and northern Kentucky.

“It’s a great way to meet fellow communicators who share our faith and values in a social setting away from deadline pressure,” Kiesewetter said. “I always come away from the evening inspired and renewed.”

To learn more or to register for the dinner, visit CatholicCincinnati.org/aboutus-2/salesian-guild.

Today's Video: Taking it one step at a time

Seize the Moment: Seize the season of reaching out, drawing near