On a cool, clear autumn morning, Comboni Father Edward Mason arrived in the port of New York on Thanksgiving Day, Nov. 23, 1939. Behind him, Europe was fighting a brutal, bitter war. Ahead lay the exciting challenge of establishing a Comboni Missionary community, searching for vocations and seeking support for missions around the world.

Founded in 1867 by St. Daniel Comboni, the Comboni Missionaries are an international Catholic organization dedicated to ministering to the world’s poorest and most abandoned people, often working in unstable political climates in the midst of extreme poverty.

After knocking on many chancery doors and receiving some chilly rebuffs that might have discouraged a less determined priest, Father Mason finally arrived in Cincinnati. There he called upon Archbishop John T. McNicholas, OP, who was deeply committed to the minority population.

Archbishop McNicholas warmly welcomed him and introduced him to five pastors of inner-city Black parishes. Father Mason asked for the opportunity to care for one of the parishes. Three of the pastors offered him their own.

Father Hamlet Accorsi was the epitome of a selfless Comboni Missionary, many of whom left their families and friends for the missions of Africa. Father Accorsi, a veteran of African missions, arrived in Cincinnati on Jan. 24, 1940.

Their purpose in coming to the U.S. was threefold:
• To minister to the descendants of those St. Comboni loved and died for in Africa, who came to this country, not of their own free will, but as enslaved persons
• To grow the missionary vocation
• To gain support for overseas missions by educating the faithful about the Church’s missionary nature With the continued support of Archbishop McNicholas, in 1947, the Comboni Missionaries purchased a 57-acre estate in Forestville, a rural area 15 miles east of Cincinnati (now the bustling suburb of Anderson Township). This became the site of Sacred Heart Seminary. Bishop George J. Rehring blessed the cornerstone on July 31, 1949.

In addition to the high school seminary in Cincinnati, the Comboni Missionaries needed a novitiate to prepare missionaries for the religious vows that distinguish them from diocesan priests. After some searching, they settled on a site in Monroe, MI.

Over time, the Comboni Missionaries’ presence in Cincinnati grew, and they began to take on the care of many parishes, including St. Henry (which is now gone), St. Anthony in Madisonville, St. Michael in Lower Price Hill, St. Pius in Northside and, most recently, St. Charles Borromeo, which was closed and demolished last year. Comboni Father Rodolfo Coaquira now serves as associate pastor for St. Boniface in Northside, supporting the Catholic Hispanic community.

The commitment of the Comboni Missionaries today is the same as it was in 1939 – to serve the forgotten and often overlooked communities wherever their missions are located. For decades, that meant serving the Black communities in Cincinnati, the Italian community in Chicago and the Indigenous communities in California. Today, their mission in the U.S. focuses largely on Hispanic Catholic communities.

Their gifts and talents vary greatly, but they remain united in the common goal to bring compassion and love to God’s people.

Statement by UN ‘experts’ seeks to discredit the Holy See 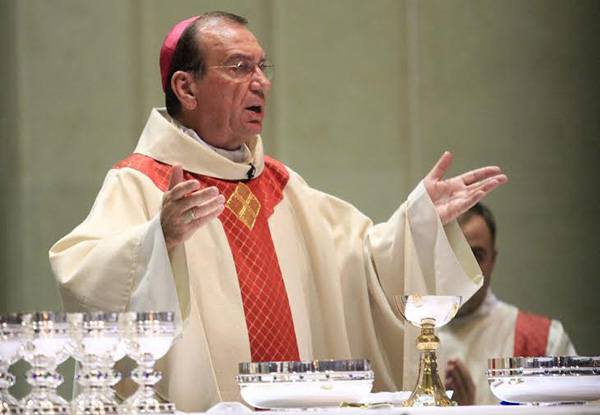