The Catholic Telegraph 2010-11-23
The Catholic Telegraph / November 23, 2010 / 885
0
Shares
Facebook Twitter Pinterest WhatsApp
Nov. 23, 2010
A Mass of Christian Burial for Sister of Charity of Cincinnati Anna Catherine North was celebrated Nov. 22 in the Immaculate Conception Chapel at the congregation’s Delhi Township motherhouse. Sister Anna Catherine, 93, died Nov. 16 at Mother Margaret Hall.
Sister Anna Catherine, a native of Springfield, earned a bachelor’s degree in education from the Athenaeum of Ohio; a bachelor’s in English from the College of Mount St. Joseph; and master’s degree in English from Marquette University. She was a Sister of Charity for 75 years, serving in junior high, secondary and college education, as well as in pastoral care.
In the archdiocese, Sister Anna Catherine served at the former Holy Cross School in Mt. Adams; Bishop Fenwick High School in Middletown; and Seton High School in Price Hill. She also taught English at the College of Mount St. Joseph from 1964-1972. Sister Anna Catherine then spent the next two years at the motherhouse working community relations. She then became a student at Bethesda Hospital and moved into pastoral care, ministering to surgical patients as Good Samaritan Hospital in Cincinnati until 1987. She then retired to the motherhouse, where she served the sick and aging members of her community.
Sister Anna Catherine is survived by her sister, Helen Tiemann, and brother, Edward. Interment was in the Sisters of Charity cemetery.
Previous post 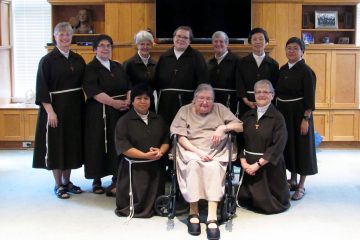