A Mass of Christian Burial for Sister of Charity Dorothy Beach was celebrated June 1 at St. Bernard Church in Springfield. Sister Dorothy, 96, died May 29.

A member of the first graduating class of Catholic Central High School, Sister Dorothy entered religious life in 1938, and was a Sister of Charity for 71 years. She served in the Archdiocese of Cincinnati, as well as the dioceses of Detroit, Saginaw, Toledo and Cleveland, in the ministries of education and counseling.

Sister Dorothy taught business at St. Joseph Commercial School in Dayton in 1947. In 1953 she joined the staff of Holy Angels School in Sidney, where she served until 1955. Her ministry also included a one-year teaching assignment at St. Mary School in Hyde Park.

Sister Dorothy was a guidance counselor at Carroll High School in Dayton, where she served from 1969 to 1985. After retiring, she was secretary for the regional office of the Sisters of Charity in Dayton.

Sister Dorothy is survived by one sister, Rosemary Callahan, of Springfield. Interment was in St. Bernard

Being the ‘face of Christ’ to others

St. Joseph the Worker was once out of work, too 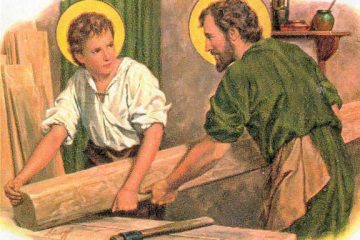