A native of Cincinnati, Sister Joan became a member of the Brown County Unrulines in 1948. During her early years in ministry, she taught elementary and high school at Ursuline Academy and St. Vivian School and, in later years, was an instructor at both campuses of Chatfield College. After receiving a doctorate from the Union Institute, she began a second career in the field of gerontology and established the Arts and Humanities Resource Center (AHRC) in 1975. As the director of AHRC she worked to stimulate the lives of the elderly by means of the humanities. She received many local, state and national awards for achievements in this area.

Sister Joan is survived by her brother, Robert, of Chester, Md.

Newly formed Church of the Resurrection celebrates its first Mass 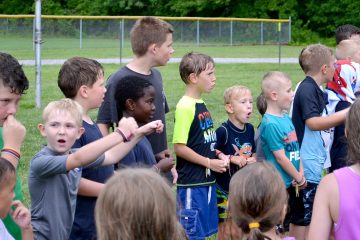