Sister of Mercy Mary Antonine Owens died Sept. 18 at McAuley Convent in Cincinnati. She was was 95 years old and had been a Sister of Mercy for 74 years.

A Mass of Christian Burial was celebrated at the convent on Sept. 20, with interment at St. Joseph Cemetery Oct. 1.

Sister Mary Antonine, a native of Hamilton, received a bachelor’s degree in education from the Atheneum of Ohio and taught first and second grade for 38 years. In 1979 she became a nurse’s assistant and continued in that ministry for 16 years. She ministered as a pastoral visitor in Mercy hospitals in Hamilton and Fairfield until last January.

She was well known for “walking” for a variety of charity groups until 2008 and raised thousands of dollars on their behalf. In her later years, she would begin a walk two hours early with a nurse accompanying her. 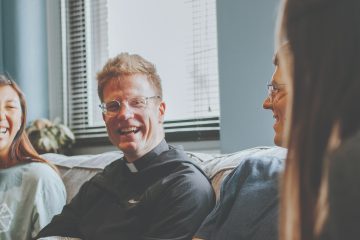