The comfortable illusion that the turn of a calendar page makes everything new again was shattered for Americans in early January. After a year marked by a global pandemic, civil disruption and millions of lost jobs, 2021 began with an appalling, deadly riot at the seat of our national government.

Our country is wounded and its citizens are hurting. It is only natural at a time like this that we look to our civic leaders to make things right. In his new encyclical, Fratelli tutti (“All Brothers and Sisters”), Pope Francis recognizes the crucial role of politics in democratic societies.

“It is true that religious ministers must not engage in the party politics that are the proper domain of the laity,” he writes, “but neither can they renounce the political dimension of life itself, which involves a constant attention to the common good and a concern for integral human development” (FT 276). He calls for “a better kind of politics, one truly at the service of the common good” and laments that “Sadly, politics today often takes forms that hinder progress towards a different world” (FT 154).

Indeed, a bi-partisan incivility has marred political discussion in the U.S. for many years now and has only escalated. It is easy to say politicians are responsible because so many of them have led by bad example. However, politicians are not known for doing what is unpopular or likely to lose them votes. The hateful rhetoric members of both parties direct at their opponents is as much a symptom of the national mood as it is a cause.

We are a very divided country. And from where does all division ultimately come? Pope Francis reminds us in a reflection on the Lord’s Prayer. He writes: “We all know that the devil is ‘nettlesome,’ the one who always tries to divide persons, families, nations and peoples.” It is Satan who divides, while God unites.

The basis of unity among people who disagree – even over such important issues as religion, morality and the proper role of government – is our common humanity: We are all created in the same divine image. Based on that, the life and dignity of the human person is the foundational principle of Catholic social justice teaching from which all others follow. The toxic political environment in our country is a violation of that principle.

As Catholics, part of our responsibility as faithful citizens of our country is to hold our elected leaders accountable for displaying civility, decency and integrity, in addition to providing for the common good. At the same time, we need to display those traits in our own behavior.

A good model both for officeholders and for ourselves is St. Joseph, the servant leader of the Holy Family, whose feast we celebrate on March 19. St. Matthew tells us that St. Joseph was a just man. Treating others with love and respect – even in the most trying of circumstances, as St. Joseph experienced – is justice at the most basic level.

This Lenten season is an appropriate time to examine our own consciences as to whether we have disrespected others because of their beliefs, particularly in the public square. Have we regarded others as enemies, rather than as people with whom we simply disagree? Have we written or re-posted dehumanizing statements and degrading jokes on social media? Have we said things that were unkind or unnecessary?

Whether or not we have been part of the problem in the past, it is not too late to be part of the solution for which we have been praying. The way forward is simple, but difficult. We must follow the new commandment of Christ: “As I have loved you, so also you should love one another” (Jn. 13:34). In doing so, we will show our political leaders the way forward.

Sunday: Day of the Lord 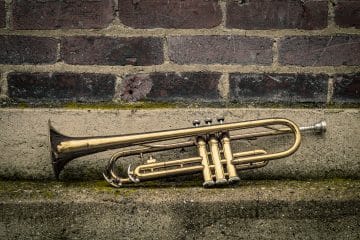