Sts. Peter and Paul parishioner demonstrates care for others

ST. ANDREW DEANERY — It takes a person of strength and deep faith to turn personal losses into an opportunity to help others.

Lois Martin, a member of Sts. Peter and Paul Parish in Reading, has managed to do just that through the support of family and friends and her firm belief that “God is always there. He is a constant in your life.”

Martin has been a caregiver much of her life. She began as a stay-at-home mother to four children and then became her first husband’s caregiver when he was diagnosed with lung cancer in 1999.

“We were high school sweethearts, and he was a wonderful husband, father and grandfather,” she said of Roy Wiehe. “When we heard the words ‘cancer’ and ‘inoperable,’ we knew it was going to be a long journey.”

Around the same time, Father Jim Willig, then-pastor of Sts. Peter and Paul, learned that he had renal cell cancer. The late priest “helped us on our journey and helped us get through things,” Martin said.

Her husband required round-the-clock care, which Martin lovingly provided while also caring for her own aging mother. Wiehe passed away in May 2000, just 10 months after the diagnosis and three days short of the couple’s 35th wedding anniversary.

While devastated by the loss, Martin said it was also “an opportunity to grow and learn what life is all about. What more could you want for someone you love than eternal life?”

Martin was certain she would “never find love again,” but just three years later, she met the man who would become her second husband, Tom, at church. “He had never been married, and we were in a prayer group together with Sister (of Notre Dame de Namur) Genevieve Moran. She had all the Sisters praying for us,” Martin said. “We never had a chance.”

The newly married couple enjoyed each other’s senses of humor and doing volunteer work together. Sadly, Tom Martin was diagnosed with eight different types of cancer in 2007. After surgery, he suffered a stroke and spent months in rehabilitation, learning to walk, talk and feed himself all over again. Lois Martin was at her husband’s side every step of the way until he passed away last year.

Reflecting on the experiences of caring for, then losing, both of her husbands, Martin said, “I had two wonderful men in my life, what can I say? I’ve been so blessed.”

“It’s stressful,” she added, “but what gets you through is your faith. You just place your life in God’s hands and He gets you through it. He helps you appreciate all the blessings you have even when there are bad things going on.”

A positive attitude has also helped Martin cope with the challenges she has faced in recent years. “You have a choice,” she explained. “You can either sit and feel sorry for yourself and be no good to anyone, or you can get off your butt, get moving and reach out to other people. That’s when the blessings start coming.”

She has found such blessings in her ministry with Sts. Peter and Paul’s Network of Care, volunteering as a Friendly Visitor. Martin has assisted many elderly parishioners who aren’t able to get out on daily basis with grocery shopping, doctor’s appointments and by just being there as a friend. She has developed an extra special relationship with fellow parishioner, Betty Heimert, 96, whom she visits every other week.

“I’ve known Betty my whole life. I went to school with her daughter,” Martin said. “I really enjoy our time together, talking and listening to her stories.”

The two women shared a particularly joyful experience a few months ago. Heimert had been forced to drop out of the former Our Lady of Angels High School (OLA) after her sophomore year to work to support her family during the Great Depression. As a busy wife and mother of four, she was never able to complete her education. This past spring Heimert’s granddaughter, Shari Harris, secretly arranged for her grandmother to receive her diploma from Roger Bacon High School, which welcomed OLA students and alumnae after it closed in 1984. Her whole family attended the special ceremony during which Heimert received the meaningful document.

“I thought it was great once I got over my confusion,” Heimert said, laughing.

For Martin, sharing in Heimert’s joy was part of what makes her ministry so rewarding. Equally significant for Martin is her support of Catholic education. She was instrumental in launching Sts. Peter and Paul Academy after the original school closed in 2006. Over the course of nine-plus months, Martin attended every meeting as plans for establishing the new school were discussed. Now that the school has been in operation for more than three years, Martin continues to support it, both financially and through volunteering at numerous events.

“I just love to go down there and see the kids,” she said. “I want them to understand how important their Catholic education is, how blessed they are and that God is always with them.”

Martin’s efforts were recognized recently when she received the St. Julie Billiart Christian Leadership Alumna award, the highest tribute Mount Notre Dame High School (MND) bestows on one of its graduates. It recognizes a graduate of MND who dedicates herself to leadership, a commitment and service in her civic and/or parish communities and emulates the life of foundress of the Sisters of Notre Dame de Namur, exemplifying Christian ideals in her life after leaving high school.

Martin, a 1964 MND graduate, was nominated for the award by Cheri Lehrter, who has come to know her over several years while volunteering in parish ministry.

“Lois is truly the hands and feet of Christ,” said Lehrter. “She is quiet, gentle and has a beautiful, loving spirit.”

While she is honored and grateful for the award Martin said, “I’m not doing anything special. This is the way any Christian should live.”

Early planning can ease the transition to senior living communities

Sts. Peter and Paul parishioner demonstrates care for others 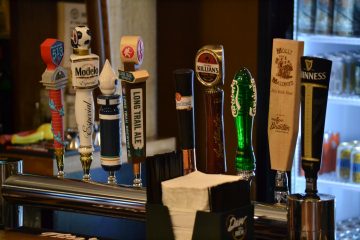