The Catholic Telegraph 2011-01-20
The Catholic Telegraph / January 20, 2011 / 1.2k
0
Shares
Facebook Twitter Pinterest WhatsApp
Thursday, January 20, 2011
By David Eck
ST. ANDREW DEANERY — A group of about 600 high school students and adults from the Cincinnati archdiocese will leave Good Shepherd Parish in Cincinnati Jan. 23 for the national March for Life in Washington D.C. Groups from Dayton and the northern areas of the archdiocese will also attend the march.
They will join tens of thousands of people from across the country to march on Capital Hill to commemorate the 1973 Row v. Wade U.S. Supreme Court decision that legalized abortion. Cincinnati Archbishop Dennis M. Schnurr will concelebrate the Mass for Life at the DC Armory Center on Jan. 24 and then join the students in the march.
A send off from Good Shepherd begins at 7:15 p.m. with a prayer service on the group’s evening of departure. Badin High School senior Nicole Hagan and St. Xavier High School senior Nicholas Gramke are scheduled to speak to at the service.
Hagan participated in the march two years ago and said the experience inspired her efforts as vice-president of the school’s pro-life club.
“It’s just an important issue and it’s our job as Catholics to stand up for those who can’t stand up for ourselves,” Hagan said. “When we’re all working together, it feels like our country has a bright future.”
Gramke has participated in the march for the last two years. Stories about fathers whose children have been aborted, a Catholic upbringing and articles on abortion helped Gramke form his pro-life stance.
“I just feel really strongly about the issue. I think that if we accept the infringement on some people’s right to life, it will expand,” Gramke said. “It’s not only our responsibility as Catholics but as citizens to stop the injustice our government is allowing.”
The sea of people at the marches who share the same belief and want to take action is impressive, Gramke said. In his talk at the sendoff, Gramke will tell how participating in the march illustrates the impact he and other young people have on the effort and that it is important for them to take up the cause.
The national march gives participants a voice in the cause and a sense of the value of all life, said Mary Anne Boyd, Respect Life coordinator for the Archdiocese of Cincinnati.
Robin Goettemoeller, coordinator of youth ministry at Holy Redeemer Parish in New Bremen, is taking a group of 28 young people to the march.
“It’s a really eye-opening experience,” she said. “I think the neatest thing is when they go there. they see tons of other people standing up for the same thing.”
Fran Heider, who is part of the pro-life committee at St. Charles Borromeo Parish in Kettering, is organizing a group of 25 Alter High School students and more than 20 adults to go to the march. The adults are moved when they see the young people’s commitment to life, she said.
“It’s so great to see [them] carry the torch,” Heider said. “It makes the adults feel good to know the movement is going to continue.”
David Eck can be reached at [email protected].
Tags:March for LifeRow v. Wade
Previous post 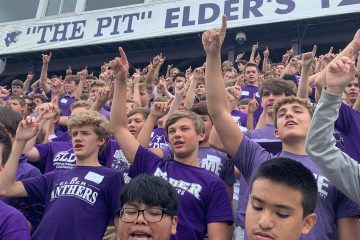