Study of never-married Catholics gives insight into future of vocations

WASHINGTON — In a survey of Catholics age 14 and older, about 12 percent of males and 10 percent of females said they considered a religious vocation at least “a little seriously,” a study by the Center for Applied Research in the Apostolate at Georgetown University found.

The findings, released Oct. 9, give church leaders a vast array of data on which to base positive messages about religious life for teenagers and young adults, said Father Shawn McKnight, executive director of the Secretariat of Clergy, Consecrated Life and Vocations at the U.S. Conference of Catholic Bishops, which commissioned the survey.

“When you consider 12 percent of all male youth and 10 percent of all women … just a very small percentage (committing to a vocation) would make a tremendous difference,” Father McKnight told Catholic News Service.

“The survey offers solid evidence, credible evidence to base our judgments on how to promote vocations,” he added.

Broken down, 3 percent of male respondents and 2 percent of female respondents indicate they have “very seriously” considered a vocation, according to the study, “Consideration of Priesthood and Religious Life Among Never-Married U.S. Catholics.” It was commissioned by the USCCB secretariat.

Projected over the Catholic population of the United States, those figures represent 350,000 never-married men and more than 250,000 never-married women who may have very seriously considered a vocation, concluded CARA researchers Mark Gray and Mary Gautier, who conducted the study.

The study involved 1,428 people, about 65 percent of those invited to participate. It was conducted online. The margin of error is plus or minus 2.6 percentage points.

The data collected in the survey shows that personal relationships with adults – parents, teachers, clergy, men and women religious, and campus ministers especially – can be a key factor in whether a young person considers a religious vocation.

Fewer than 10 percent of the respondents said, however, that anyone ever encouraged them to consider religious life. Among those who did receive encouragement, both males and females were nearly twice as likely to consider entering religious life, according to the study.

Father McKnight such differences must be addressed by church leaders given the growing number of Hispanics in the U.S. church.

“Regular and repeated and consistent contact is what’s needed most of all,” he told CNS.

Other factors identified in the study as influencing respondents’ consideration of a religious vocation were living in households where parents discussed religion at least once a week; joining prayer and Bible study groups, devotional activities or retreats; participating in parish ministry; and receiving encouragement to consider a vocation from someone other than a family member.

The number of Catholics who considered religious life showed a small increase among millennial Catholics, classified as those born in 1982 or later. Thirteen percent of men and 8 percent of women responded that they considered a religious vocation, the survey found.

The study looked at a broad range of factors that influenced the decision whether to enter religious life such as Mass attendance, service volunteerism, participation in World Youth Day and the National Catholic Youth Conference, the importance of prayer and the age when a religious vocation was most seriously considered.

In addition, respondents were asked why they would not consider a vocation.

For males, the most common response was a general lack of interest (39 percent). Celibacy was cited as the reason for not considering a vocation by 18 percent of men. Other reasons include not feeling called to a vocation (8 percent), having other life goals (8 percent) and doubts about faith (8 percent).

For females, responses to the same question were similar, with 31 percent saying they had a general lack of interest and 16 percent citing celibacy as a concern. Other reasons cited include not feeling called to a vocation (11 percent), the lifestyle of a woman religious (10 percent), doubts about faith (7 percent), and not wanting to experience the commitment necessary or the restrictions imposed by religious life (7 percent).

Overall, one percent of men and women survey participants cited the sexual abuse of minors by clergy as key to not seeking a vocation to religious life.

Citing the findings, Father McKnight said celibacy does not appear to be an overwhelming hurdle to vocations.

“I thought it would be 50 percent,” he said. “I take that as not a big issue. It’s a significant one. It needs to be talked about and addressed.” 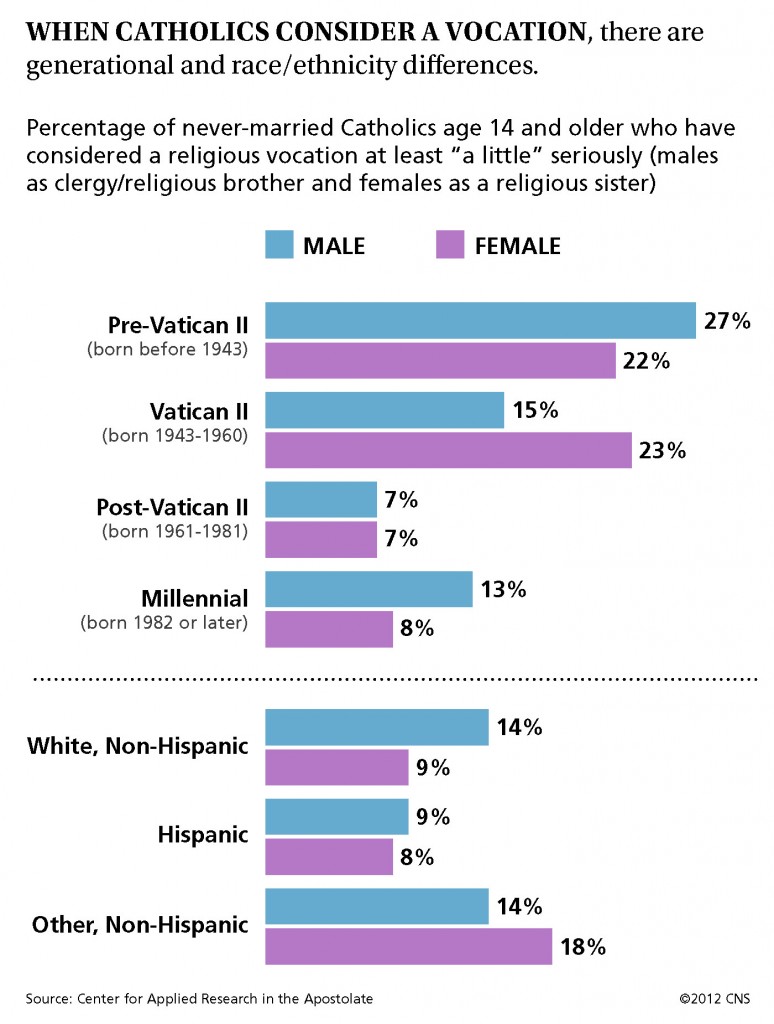 Archbishop: New evangelization 'must begin in your hearts and in mine'

Study of never-married Catholics gives insight into future of vocations 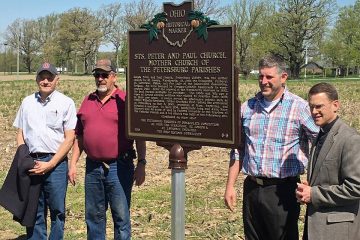