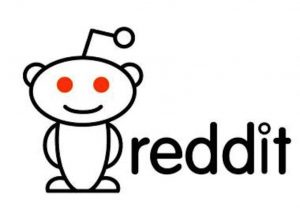 Reddit. A microcosm of the internet if there ever was one. Reddit is the seventh most viewed website in America and the twenty-second most viewed site in the world. 525 million unique visitors peruse Reddit each month. Reddit can be about anything. Literally anything. I’d be curious to know how many of our readers even knew it existed.

Deep-dive Reddit? Slightly more complicated. Reddit’s power lies in in subreddits. Remember, Reddit can be about anything. A ‘subreddit’ is a section of Reddit organized around one particular topic, idea, organization etc. Subreddits can be profound, pointless, awful and life changing. Users subscribe to any of one of the almost 12,000 subreddits. Subreddits have their own page on the site and are found by typing Reddit dot com, forward slash, ‘r’, and the name of the subreddit. (e.g. Reddit.com/r/Cincinnati) Subreddits are referred to as ‘r’, forward slash and then the subreddit’s name (e.g. r/mildlyinteresting). My favorites include r/ussoccer, r/truefilm and r/oldschoolcool. r/ussoccer is about the US national soccer teams. A favorite of mine leading up to the World Cup. r/truefilm is a great place to have the most shockingly in-depth conversations about movies. On r/oldschoolcool, users post old pictures of people looking cool. It’s as weird and awesome as it sounds.

Finally, we’ve arrived at why I wanted to discuss Reddit. First, of course there’s r/Catholicism. It can be pretty great at times. r/Catholicism states its purpose as “1) Present new developments in the world of Catholicism, 2) Discuss theological teachings of the Catholic Church, 3) Provide an avenue for reasonable dialogue amongst people of all beliefs and 4)Grow in our own spirituality.

Users of r/Catholicism are generally traditional in their theology. It is not uncommon for a user to visit r/Catholicism during a period of seeking or conversion. This is when Reddit shines. Subreddits often foster a real sense of community. r/Catholicism is a great place for people looking into Catholicism, but don’t know where to start

I hesitated to write about Reddit. To be blunt, I’ve dramatically cut back on my Reddit use. Overtime, I found it to be exhausting. I check the front page and the occasional subreddit based on my interest at that particular time. r/MarvelStudios when a new Marvel movie is released, r/MaleFashionAdvice when I feel like knowing why my clothes don’t match or r/Benglas because misery loves company. I learned quite a few things from Reddit.

Reddit’s claim to being the ‘front page of the internet’ isn’t too far off from the truth. The internet, like all technology, is a gift from God. The Pontifical Council for Social Communication affirmed that Communio et Progressio’s teaching as media being “…gifts from God” applies to the internet. A gift that can be used for profound good or evil. I bring up this part of Communio et Progressio:

The media of social communication can contribute a great deal to human unity. If, however, men’s minds and hearts are ill disposed, if good will is not there, this outpouring of technology may produce an opposite effect so that there is less understanding and more discord and, as a result, evils are multiplied. (Communio et Progressio 9)

There’s much good found on Reddit. There is also profound evil. Moral Relativism is rampant, especially on the front page. It’s not hard to find almost anything you want on Reddit. And I literally mean anything. Reading between the lines here?

I wish I knew the percentage of high school students that use Reddit. If you are a parent and you know your child uses Reddit, I’m beginning you, please monitor and patrol their subscribed subreddits. Reddit now does a better job of shutting down truly horrific subreddits that offend even the most relative sense of human decency. However, they have no issue allowing and promoting subreddits that directly violate much of the Church’s teaching on human dignity.

Reddit can also be surprisingly exhausting. I decreased my Reddit usage when too many front page consistently made me sad or angry about humanity. If your child uses the internet, do not be surprised if they or a friend has at least stumbled onto Reddit. If you have more questions about Reddit, please do not hesitate to contact me at [email protected] or (513) 421-3131 x2734.