May 17, 2022 The Catholic Telegraph
Home»Commentary»Sunday Scripture: He has done everything well
Commentary

Sunday Scripture: He has done everything well

Wonderful things occurred when the messianic prophecies of the Hebrew Scriptures were finally fulfilled in the ministry of Jesus. Miracles were the authenticating signs of the identity of Jesus when He did marvelous works in the midst of the people. Our Gospel passage about Jesus’ cure of the deaf man is an example of such signs.

The implied faith of the people when they brought the deaf man to Jesus was an important part of the event. Jesus responded to their request by taking the man apart from the crowd and touching his ears and his tongue. The cure has a double impact. Physically the man gained his hearing and his speech.  Symbolically it might well be taken as an opening of his mind and heart to the word of God and willingness to proclaim the word in his own living situation.

A further possibility may be suggested here. The healing occurred in the district of Decapolis, which was a predominantly Gentile region. If the man was in fact a Gentile, then the closeness that Jesus created between himself and the deaf man would make it clear that the kingdom was for all people, Jews and Gentiles alike.

After that, Jesus ordered them not to tell anyone about this. Here we have an example of what some call the Markan Secret. If Jesus came to preach the message of salvation, why would He not want them to spread the word?  Many interpret the Markan Secret as a literary device that actually does contribute to the advancement of the proclamation. We notice that the text says, “The more He ordered them not to, the more they proclaimed it” (Mark 7:36). Isn’t that what often humanly happens when people are supposed to keep a secret?

The words with which the cure was worked flash back to our first reading from the prophet Isaiah (Isaiah 35:4-7a). We can zero in on the part of the text that used messianic language to describe the well-being that was thought to signal the saving action of the Lord for His people. All creation would joyfully break forth in praising God for bringing about for them His coming along the Holy Way (Isaiah 35:7-10).

The Isaiah text actually has reference to the returning exiles from Babylon and the joy and gladness they experienced in getting back to their homeland. Because of that fact many interpreters believe that our text originally was found in the post-exilic oracles of Second Isaiah (Isaiah 40-55). If that is the case then it would have gotten misplaced somehow in the final editing of the book.

Overall, the message of our readings this Sunday is inclusiveness. All people are included in the message of salvation and are called to be open to receiving it. In the Christian assemblies all are to be welcomed without making distinctions on the basis of their economic status. Today we often say that the human dignity of all people ought to be respected regardless of any other differences. All are called potentially to inherit the kingdom that has been promised to those who love and serve the Lord.

As the psalmist prays, “The Lord opens the eyes of the blind, and lifts up those who are bowed down. The Lord loves the righteous” (Psalm 146).

Sunday Scripture: He has done everything well

A Summer Prayer for Families 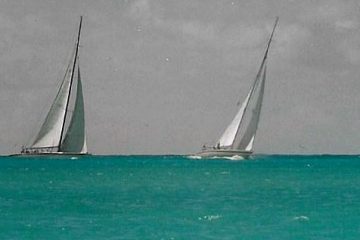