All things come to an end. Sometimes that makes us happy; the ending of something can be a welcome release from it. At other times the end of something saddens us, or gives rise to mixed feelings of happiness and sadness. One element of Christian faith is that the whole world will come to an end when the consummation of God’s plan for human history arrives.

The reading from the Letter to the Hebrews puts our beliefs about the end of the world into context. This passage reminds us that in one sense the plan of God for the human race has already been accomplished. By His death and resurrection Jesus has already offered the sacrifice that brings us to final perfection, to the condition of holiness. But in another sense the plan of God is still in process. As the passage from Hebrews puts it, referring to Psalm 110:1, Jesus is already enthroned at the right hand of God, but He is waiting until His enemies are placed beneath His feet. Jesus has already conquered sin and death, but his victory over the powers of evil is not yet obvious. The end of the world is the moment when it will be unmistakably clear that Jesus has delivered us from every evil.

In the reading from the Gospel according to Mark, Jesus describes the end of the world using apocalyptic imagery that was conventional in His day. The end of the world will be a time of tribulation and cosmic upheaval. But most importantly, it will be the time when the Son of Man, Jesus himself, will gather us to himself from every part of the world.

The reading from the Book of Daniel also describes the end of the world as a time of distress. And it goes on to speak of the resurrection of the dead that will occur at that time. Not only the living, but also those who have died, will participate in the final revelation of God’s sovereignty. Some of those who rise will be “an everlasting horror and disgrace.” But the wise, those who lead the many to justice, will be “like the stars forever.”

The reading from the Gospel of Mark also speaks of something that comes quickly to our minds whenever we think about the end of the world, namely, when it will be. In this reading Jesus says that “this generation will not pass away until all these things take place.” Obviously the first generation to hear these words did pass away before these things took place, at least in their most obvious sense. But perhaps we should take the words to mean that every generation of Christians, including our own, should look for the end of the world in our own time and live our lives accordingly. On the other hand Jesus warns us against preoccupation with calculating the exact time of the end; as He says, only the Father knows the exact day or hour.

These readings call us to look forward to the end of the world as the time when our salvation will be complete. And they encourage us to have a lively sense that it might come at any time, while discouraging us from excessive concern with determining exactly when.

Sunday Scripture: The promise of Life 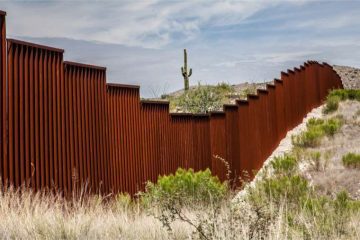