BRUSSELS, Belgium — “…I just want to tell you that life is a wonderful thing, and the world is really full of remarkable people.”

So starts a letter written by one of the survivors of the bomb attacks at the Brussels Zaventem international airport last week, according to CNN. The author of the letter, Sneha Mehta, penned those words to her child, who was only 16 weeks old in utero.

When Sneha and her husband Sameep Mehta arrived in Brussels from Abu Dhabi last Tuesday, they were abruptly greeted with screams and chaos as the ceiling of the airport started to collapse.

The couple was faced with the split-second decision to either remain in the shambles of the arrival section, or try to leave for the hospital to check on their baby.

“I absolutely didn’t know which direction to run in,” Sneha told CNN.

Amidst all the uncertainty, Sneha said that she knew one thing “for sure” – that she would survive for the sake of their unborn baby.

Sneha and Sameep fled the airport and ran straight to the highway, where a cab driver stopped to take them to the Sint Augustinus hospital.

Despite the traumatic chaos of the day, the ultrasound exam showed the Mehtas’ baby peacefully sucking its thumb – almost unaware of the terror happening outside the womb.

Unlike many memories from that day, Sneha recalled not the hatred and violence that broke loose upon the city, but rather the kindness she encountered from complete strangers.

She remembered the police and rescue crews who were quick to aid the wounded. She recalled the cab driver who not only brought them to the hospital, but talked to them the whole way there. She thought of the traumatized victims scattered along the highways who were helped by random drivers.

“People are still coming together, regardless of race, color or background,” Sneha said, according to CNN.

Now that she is a survivor, and safely back home in Antwerp, Sneha decided to write a letter to her unborn baby as a reminder of all that had happened. According to CNN, the letter reads:

“Hi Sweetheart, I don’t know if we already acknowledged this with you in person, but when you were 16 weeks old, mum and dad were in an explosion at Brussels Airport.

And no matter where humanity is today, I just want to tell you that life is a wonderful thing, and the world is really full of remarkable people.

You didn’t just give mum and dad faith and reason to live, you gave the awareness and presence of mind like never before.

I felt more alive than I ever have, and I knew I had to protect you, so I was calm, composed and fully aware that we will survive.

When we reached Sint-Augustinus emergency, and we saw you oblivious and sucking at your thumb at the ultrasound, and doing your general acrobatics, all the mistrust, hate and angst for the terrorist attack vaporized.

I do hope with all my heart that you are born into a better world, and if not, then you do absolute best to make it that.

You are absolutely precious to us, and have already been a hero today.

I guess the world has sent so much love and hope your way, you owe your life to reciprocating that goodness.

May you always be brave and healthy.

We love you beyond words, Mum and Dad.”

CNN reported that Sneha might give the sealed letter to their child at age 16, or they may wait until a later time. Either way, Sneha wants her child to know that love is victorious over hatred.

Hospice nurse teaches how to be present for dying 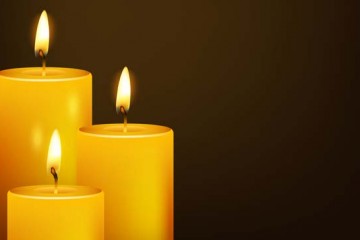