CINCINNATI — Police evacuated parts of the Cathedral of St. Peter in Chains, City Hall and the Centennial Plaza office building after a suspicious object was discovered on Central Avenue between Seventh and Eighth streets Monday morning.

Fox 19 reported that a bomb squad responded around 8 a.m. after police were notified about the object, which appeared to be a large metal tank.

A section of Central Ave. and parts of surrounding streets were shut down during the investigation.

The object was laying in the road near the curb on the east side of Central Ave., right next to the Cathedral. WCPO reported that the evacuation was lifted about 8:30 a.m. Police did not directly confirm the origin of the device but several media outlets and others on the scene surmised it was an air tank that had fallen off a truck.

Father Barry Windholtz, pastor of St. Peter in Chains, told The Catholic Telegraph that authorities had left the scene by about 9 a.m. without incident.

Priest shares love of cooking with family, friends and parish

Fire destroys half of the Chapels of Light at Lourdes shrine 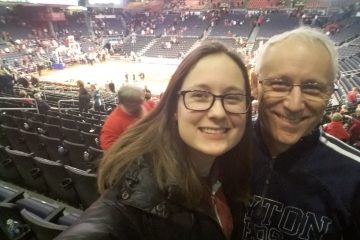