A federal court on Friday evening issued a ruling allowing a Texas state law, which restricts abortions after a fetal heartbeat can be detected, to take effect again amid an ongoing court fight.

Texas’ law, which is designed to be enforced through private lawsuits, prohibits abortions after a fetal heartbeat can be detected—around six weeks gestation— except in medical emergencies.

The law, which first took effect Sept. 1, allows for awards of at least $10,000 for successful lawsuits against those who perform or “aid and abet” illegal abortions; women seeking abortions cannot be sued under the law.

The Oct. 6 ruling had barred Texas from actions such as awarding damages to successful lawsuits or enforcing judgments in such cases. Texas Attorney General Ken Paxton appealed that ruling.

“We are pleased the 5th Circuit has reinstated the Heartbeat Act while litigation continues. Every day this law is in effect, unborn children with beating hearts are saved and mothers are protected,” said SBA List President Marjorie Dannenfelser in an Oct. 9 statement.

Pro-life leaders have pointed out that the Texas state legislature recently increased public benefits for low-income mothers, expanding Medicaid coverage for new mothers and $100 million in annual funding for the Alternatives to Abortion program.

Paired with the additional funding for mothers in need, the “Heartbeat Act reflects the clear will of Texans to both protect unborn babies in the law and provide compassionate support for women and families,” Dannenfelser said.

In early September the Supreme Court ruled that the abortion providers challenging the law had not made a sufficient case for relief from it, and declined to block the law in a 5-4 decision.

President Joe Biden – a Catholic – called the law “an unprecedented assault on a woman’s constitutional rights,” and promised a “whole-of-government” effort to maintain abortion in Texas.

He directed federal agencies, including the Justice Department, to review what actions could be taken “to ensure that women in Texas have access to safe and legal abortions as protected by Roe.”

As a result of Biden’s directive, the Justice Department “urgently explores all options to challenge” Texas’ new law and “protect the constitutional rights of women and other persons, including access to an abortion,” Attorney General Merrick Garland said in a Sept. 6 statement.

In a legal complaint filed in a federal district court Sept. 9, the Justice Department argued the state acted “in open defiance of the Constitution” in restricting “most pre-viability abortions,” and requested a preliminary injunction to block the law.

In late September, two non-Texas residents sued a Texas abortion doctor who announced he had performed an abortion in violation of the new law. A Texas pro-life group criticized those lawsuits, however, calling them “imprudent” and “self-serving,” since neither were filed for pro-life reasons.

It is unclear how many lawsuits have been filed to date under the Texas law. 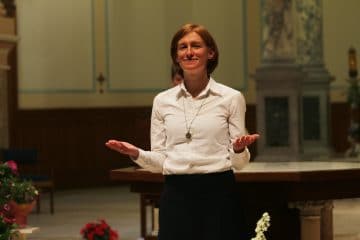