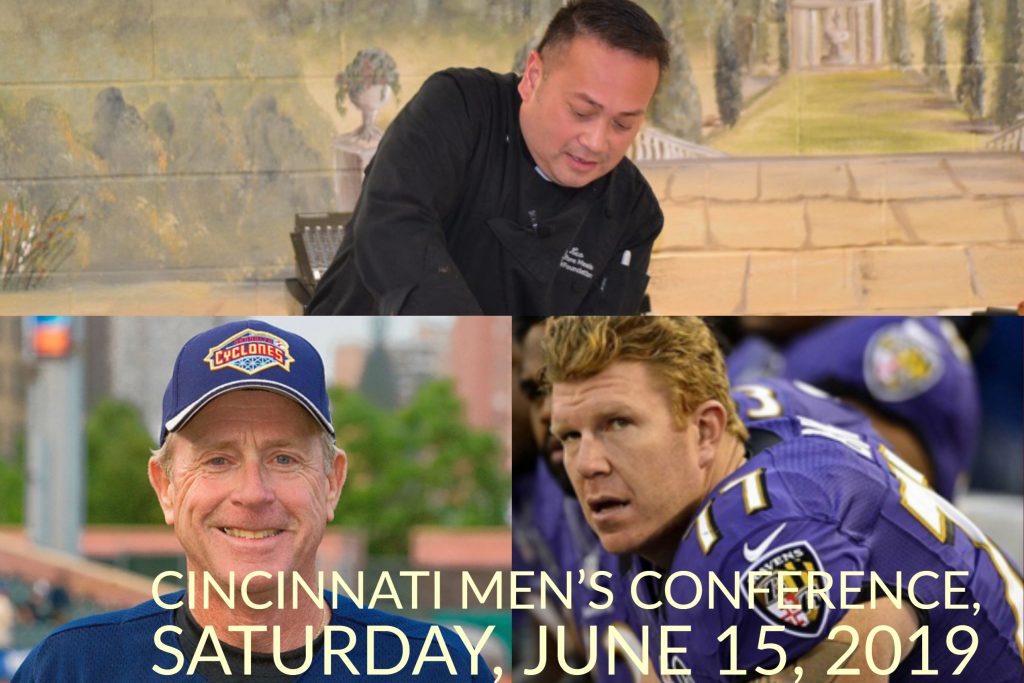 On Saturday, June 15th, 2019, Father’s Day Weekend, from 8:15am to 2:15pm The Cincinnati Catholic Men’s Conference will be held at St. Maximillian Kolbe Parish. This year’s conference theme is “Being a Family Man.”

Doors open at 8:15am. For more information and to purchase tickets, visit CincinnatiMensConference.com

The featured speakers for the 2019 Cincinnati Men’s Conference are:

Fr. Leo Patalinghug , founder of Plating Grace and winner of the Food Network show “Throw Down with Bobby Flay”, where he defeated the world-famous chef in a cook-off. 3)

Archbishop Dennis Schnurr, Archdiocese of Cincinnati : ” God has created each of us for some definite purpose. Regardless of whether one is called to be married or single, lay or religious, all men are called to model faithful discipleship in a world that is increasingly secular. I am grateful for the role of the Cincinnati Men’s Conference in encouraging men to discern God’s will in their lives and live it faithfully. I encourage all Catholic men to not only participate in the 2019 Cincinnati Men’s Conference, but bring a friend to share the experience of its powerful spiritual witness. “

Sean Ater, Director, Office of Evangelization and Discipleship, Archdiocese of Cincinnati: “A holy husband and father is like a burning coal. It will set your family on fire with love and faith. You can never be challenged enough in this calling in your life. You need constant encouragement and inspiration. Join us for Men’s Conference that will do just that!”

History On The Cincinnati Men’s Conference: