Looking forward to his May 25 ordination in Louisville, Deacon Kirby Rust is the son of Chuck and Beth Rust. He has a twin brother, Jodey, and siblings Barry, Corey and Katey. His home parish is St. Catherine of Alexandria, in New Haven, Kentucky.

“I am extremely excited about beginning priestly life,” Deacon Rust said. “I am also extremely excited to take a break from studies and begin the work for which I have trained for seven years. I love the priesthood, and I want others to experience the love I have for Christ and His Church in the way I shepherd them as a spiritual father.”

Deacon Rust said he began thinking about the priesthood at a young age. “When my home parish received a new pastor when I was in the seventh grade, he was young and energetic, as well as very enthusiastic about the faith. As I grew up admiring how much he loved the priesthood, I began to think about the same possibility for me,” he said. “When I was in high school, I began to seriously discern the vocation to the priesthood, and when I was a senior in high school, I spent a lot of time in prayer and spiritual direction, which led me to decide to enter the seminary to see if God was truly calling me to be a priest.”

His vocation journey has taken him from the comforts of home and family life.

“The journey to the altar has been an exciting and challenging one,” he said. “Going to seminary was my first time away from home and my family, and at first, that proved to be a struggle as I had relied on them until that point. But after a year or so, I grew into my own person and started to desire to be formed to be a priest and do what was necessary to make me a good and holy one.”
Deacon Rust said his vocation “has taken me to St. Louis then to Rome, and now here to Mount St. Mary’s of the West.” 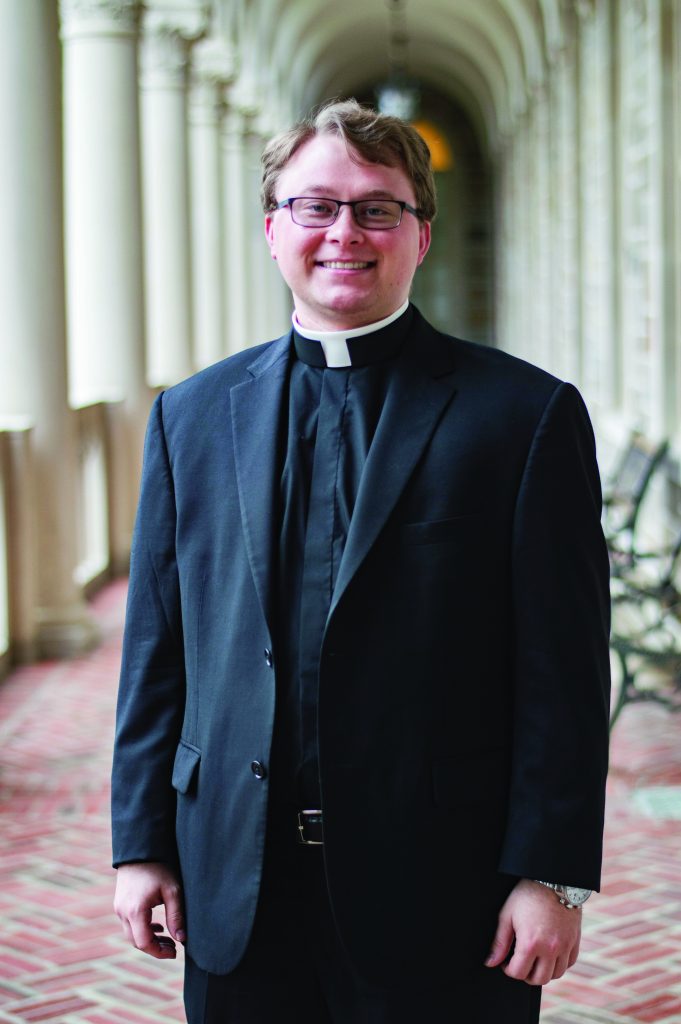