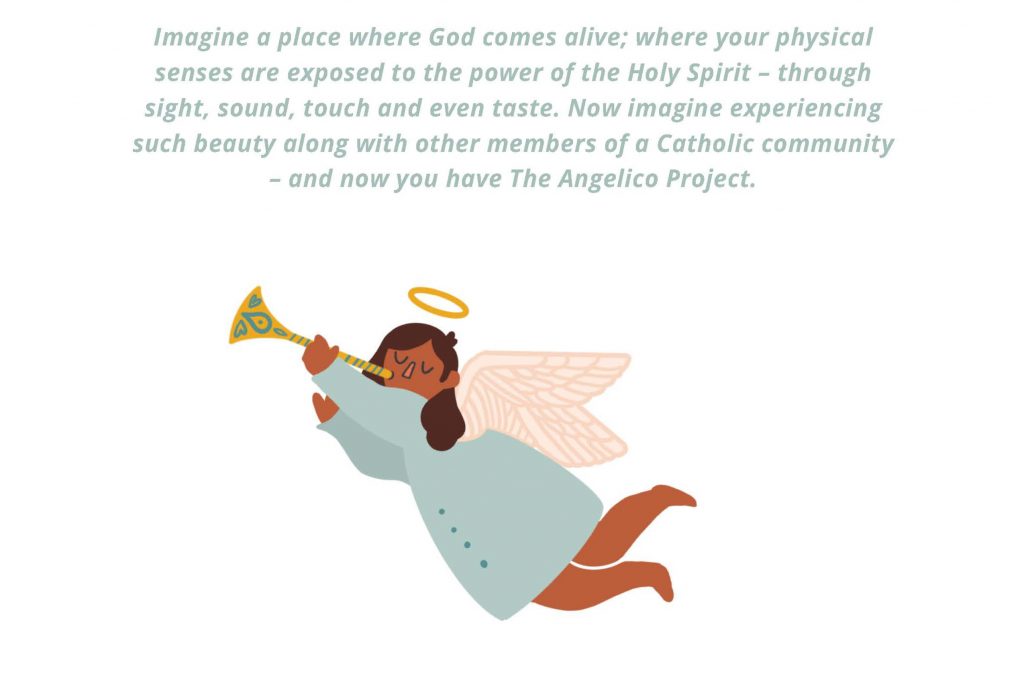 “Very simply, The Angelico Project is a lay Catholic initiative to evangelize souls through truth, goodness and beauty by promoting the arts, thought and cultural events,” said Nancy Carolyn Smith, a sculptor and one of three co-executives of the new organization.

According to Maureen Teller, a former professional dancer and co-executive, the vision for a Catholic arts organization came about in 2017 when she heard an interview on Sacred Heart Radio about the Sheen Center for Thought and Culture in New York City. Named for Archbishop Fulton J. Sheen, the Sheen Center is a Catholic-affiliated performing arts complex and art gallery sponsored by the Archdiocese of New York.

“That was a galvanizing moment for me because the Sheen Center was founded to evangelize through goodness, truth and beauty through artistic performances,” explained Teller. “I was like, ‘If they can have this is New York, why can’t our archdiocese have it here, too?’ ”

Teller’s first phone call was to Smith, a fellow home- schooling mom of four and grandmother of nine. Exuberant with ideas and possibilities, Teller said her next conversation was with Jay Muldoon, a Catholic playwright, director and educator whose wife, Loraine, was friends with the ladies. 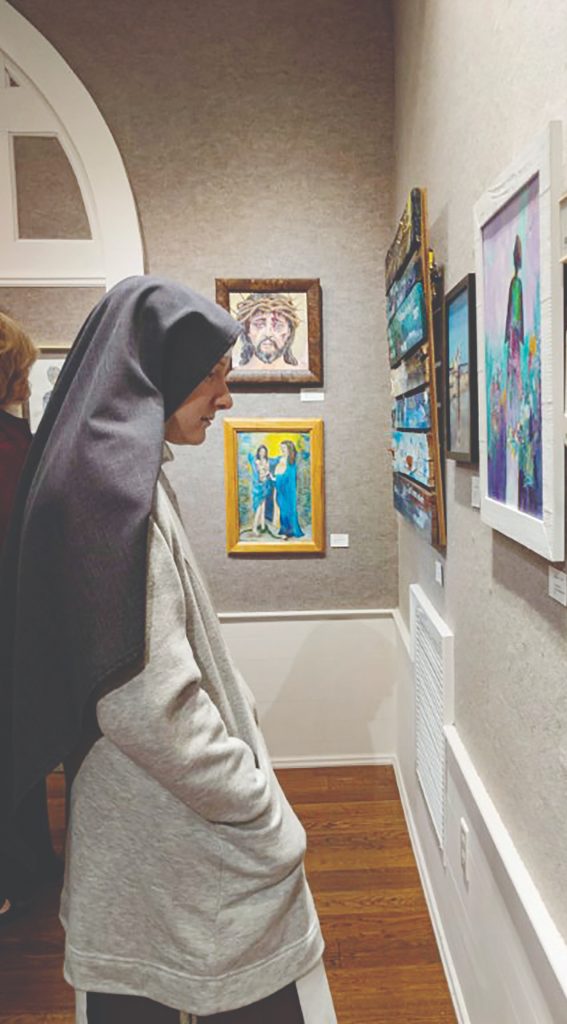 “I saw Jay Muldoon at a sports practice, and a big light bulb went off in my head, and I was like, ‘Jay – theatre! Oh my goodness!’ And so I ran over to his car window, I can still feel like the wind in my hair, I can feel myself looking in his car window, talking to him with little Logan in the car seat behind him. I have goosebumps right now because I still feel so excited,” laughed Teller.

Loraine Muldoon, also a co-director and home- schooling mother of six boys, brings a background in business and strategic planning to The Angelico Project. But it was seeing the effect her husband’s Catholic plays had on others that moved her to get involved in something bigger.

“We had seen the real impact of inviting someone to a show and presented with this truth that’s weaved in, and we had seen school students have conversions, people in the audience have conversions, cast members, backstage kids have conversions,” explained Muldoon. “And so we had this piece of evidence and we have this definite idea coming out of the Sheen Center that was like, ‘Yeah, that makes sense, and we want to bring some of that to Cincinnati.’ ”

Brainstorming sessions at dining room tables and coffee shops over the following weeks and months led to a core group of founders: Sharon Conrad, Paul Dell’Aira, Jay and Loraine Muldoon, Nancy-Carolyn Smith, Dan and Maureen Teller and Sophie Vietas. Inspiration for the name came from Italian painter Blessed Fra Angelico, patron saint of Catholic artists. The group then presented their idea and business plan to the Archdiocese of Cincinnati and received seed money from the New Evangelization allocation of the Catholic Ministries Appeal.

“We saw The Angelico Project as a prime example of the new evangelization, using the arts to reach people with the truth and beauty of the Gospel,” said Sean Ater, director of the archdiocese’s Center for New Evangelization.

The Angelico Project incorporated as a nonprofit in 2018, and the founders wasted no time establishing a board of trustees and a board of clergy advisors. The first Mass for Catholic artists was Sept. 12, 2019, drawing an unexpectedly large crowd to the Cathedral Basilica of St. Peter in Chains in Cincinnati.

“It was beautiful,” recalled Smith, who is a member of the Catholic Art Guild in Chicago. “Making art, for artists, is, a lot of times, a very solitary endeavor, and so getting together to pray together… all these different arts unified in the faith, it was a really beautiful event.”

Three pillars form the backbone of The Angelico Project in its mission: a Catholic arts guild; artistic performances and presentations; and education of the person. Sponsored events have included film screenings and movie nights, art exhibitions, speaker series, podcast series, radio dramas, painting events and even a prayer hike.

“We did a hike at Winton Woods led by naturalists, and at key places, we paused and prayed a psalm as a group … in the midst of this hike, in the fall beautiful colors,” said Teller. “Then we came back to the shelter and had a coffee and hot beverage truck and a food vendor who had sweet baked treats and we had a musician who played folk music and people just loved it.”

For these women, thinking outside of the box not only gets them excited, but motivated to do even more, including working closely with schools and creating events of interest.

“We want to have a film festival,” said Muldoon.

“We’re going to have a scriptwriter workshop in February, virtual,” said Smith, excitedly. “

“We plan to make a call-out to writers to submit radio dramas,” Muldoon added.

The group will also host an art competition in different categories for the design of holy cards to be distributed during the 200th anniversary of the archdiocese in June. Money to support these endeavors comes from membership in the art guild, donations and the Catholic Ministries Appeal.

Smith said the guild plans to host workshops and publish a directory of Catholic artists “so that our pastors will know who’s the professional artist in their parish,” a tool that could come in handy for commissioned Catholic artwork.

“This is the very beginning of The Angelico Project and the guild, and we’re just beginning to know who we are,” said Smith. “When you bring the good, the true and the beautiful to an audience you want them to leave changed in their minds and in their hearts.”

For more information and how to get involved, visit The Angelico Project click here.

This article was in the February 2021 issue of The Catholic Telegraph Magazine. For your complimentary subscription, click here.

How these seminarians in New Orleans plan to celebrate Mardi Gras

Mind and Soul: The Beauty of Spousal Love

How Michelangelo’s 3 Pietàs speak to a suffering world 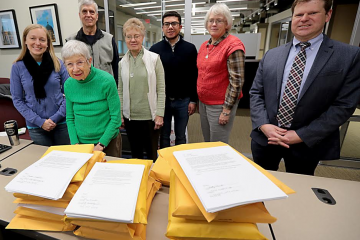