The Catholic Moment: What keeps me Catholic — the real Mary

It was the closing hymn. Fittingly, since it was the feast of the Assumption, the selection was “Sing of Mary, Pure and Lowly.” Turning the pages to that song, I was stopped in my tracks. Someone had written in the hymnal.

I was at a loss for words. What should I do? Looking at some of the other books nearby I didn’t think it was a case of a serial Marian marker. I wasn’t going to tell the pastor about this isolated incident. I thought of saying something to the music director, but then he might have thought I was just covering my tracks.

I looked again more closely at what had been done on the page. Someone had marked out the word “lowly” and replaced it with the word “humble.” They’d also added “impoverished” to the song title. Thinking about it further, though not encouraging this type of behavior, I actually liked the title of this “new” Marian hymn better than the old one.

That incident paralleled a conversation that I’d recently had with a colleague. Asking him what came to mind when he thought of Mary, he responded, “The color blue. Not much else.”

Returning the favor he asked me, “How about you?” I replied, “A statue. Usually with a crown on its head. The hands are clasped in prayer. Often a rosary hangs from them.”

Unfortunately, many Catholics today tend to see Mary as someone outside of their historical experience, more as a picture of art than a person who truly lived, more as a hymn to sing than a human to relate to. As a result, appreciating Mary’s significance for our faith and its practice is lost.

Mary is far too rich a resource of faith to let this happen. To do this, though, Mary must be taken off her pedestal. With her feet firmly on the ground, one discovers that her name, like Moses’ sister of old, is Miriam. The religious tradition she faithfully practices is Judaism. The classic Catholic Marian doctrines of the Immaculate Conception and the Assumption are foreign to her ears.

More to the point, as a woman living in first-century Palestine, Miriam is struggling to survive a life marked by oppression. Economically she belongs to a peasant class which works the land with little compensation. Furthermore, given the people’s tax burden to Rome, Herod the Great and temple, it is quite burdensome.

Politically, though, she retains the dangerous memory of the liberating story of Exodus; her homeland is occupied by a foreign power which cares little for the inhabitants and maintains control through violence. This will be illustrated most visibly in the death of her son by crucifixion.

Socially, as a woman, she is marginalized in a culture which privileged males. Strangely enough it is to this woman that the angel Gabriel appears, inviting her to partner with God in bringing forth the Incarnation. With words that would alarm if only we took them seriously, Miriam joyfully sings:

“My soul proclaims the greatness of the Lord….
He has shown might with His arm,
Dispersed the arrogant of mind and heart.
He has thrown down the rulers from their thrones,
But lifted up the lowly…”

As will soon be realized in her journey to Bethlehem, later escape to Egypt and continued response to God’s will in her life, rather than a plaster saint, Miriam emerges as a prophet and advocate of the poor. The woman who emerges is one who is both appealing as a model of faith, yet challenging in her exercise of discipleship. This is the Miriam I’ve long waited for to introduce me to her son, Jesus.

This Mary keeps me Catholic.

Daley is a religion teacher at St. Xavier High School and a freelance writer.

The Catholic Moment: What keeps me Catholic — the real Mary 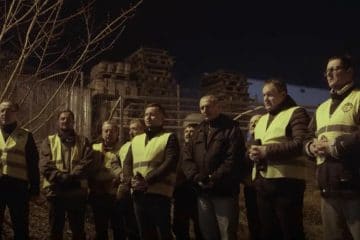