Throwback Thursday: Fighting Roe vs. Wade in Year One

The first issue of The Catholic Telegraph printed after the U.S. Supreme Court decision in Roe vs. Wade published on Jan. 26, 1973. Four days earlier, a landmark case that would cement the nation’s slide to legalized abortion on demand shook the Catholic community.

“The Supreme Court’s decision yesterday on abortion is a genuine tragedy for this country. The arguments used for the position taken, which severely limits a stat in restricting the evil of abortion, completely overlook a God-given right which cannot be violated by any human authority: the right to life of the unborn fetus,” he wrote.

The archbishop went on to describe more about the ruling of Roe vs. Wade (which came from Texas) and other details from Doe vs. Bolton (Georgia) which was ruled on the same day.

“We are dealing here with a moral value — the right to life — which transcends denominational lines. In permitting unrestricted abortion even for an arbitrary period of time, a grave injustice is being done to the thousands of unborn children who may be destroyed as a result of this ruling.”

The 44th anniversary of the Roe decision is tomorrow (Jan 22.)

In researching today’s Throwback Thursday article, the team found nearly a quarter of a file cabinet filled with news from the Roe vs. Wade decision and the immediate rallying of Catholic organizations and dioceses in fighting back to defend life.

The first image found that shows the size and scope of The Archdiocese of Cincinnati response came in the May 11, 1973 edition. In that image (at top of this post) nearly 7,000 people are seen on Cincinnati’s Fountain Square for a pro-life rally headed by a British Parliamentarian Jill Knight. Knight told Cincinnatians what Great Britain had learned after legalizing abortion six years earlier.

According to the Center for Disease Control and Prevention, 699,202 abortions were performed in the United States in 2012. The real number is much higher as the CDC report does not include California, Maryland or New Hampshire. More recent data is not yet available.

By some counts, more than 57,762,169 children have been aborted since abortion was legalized in the United States.

Looking for a way to support life on Jan. 22, the anniversary of Roe vs. Wade? Click HERE.

A jealous heart is an ugly, tormented heart, pope says at morning Mass

Throwback Thursday: Fighting Roe vs. Wade in Year One 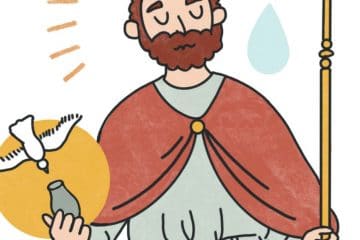