“He is the perfect choice for this moment in the church,” said Washington Cardinal Donald W. Wuerl March 14.

Cardinal Timothy M. Dolan of New York, president of the U.S. Conference of Catholic Bishops, told reporters March 13 that the pope met all of the cardinals’ qualifications.

He said they wanted to “choose the right man” who would be “a man of God, a man of good pastoral governance, with a sense of the church universal and a good communicator.”

“He fills those bills,” he said.

He also said the pope’s nationality is a plus.

“Where he comes from is gravy, and we got a lot of good gravy with a man coming now from Latin America. You talk about a booster shot to the church in the Americas. This is going to be a real blessing.”

The cardinals noted that the pope has a style that will appeal to many Catholics.

“His invitation is not just by words but by personal witness,” he added, pointing out that the new pope, former Cardinal Jorge Mario Bergoglio of Buenos Aires, Argentina, had been “an active presence” among Catholics in his archdiocese, often making parish visits and attending church events.

“He does this as pastor of souls,” he added, pointing out that this will “be a hallmark of his pontificate.”

Both U.S cardinals said the pope’s style was particularly obvious in the way he greeted the massive crowd assembled in St. Peter’s Square when he was first announced.

Cardinal Dolan said it was “magnificent” when the pope asked everyone in the square to pray in silence for him and the whole square was completely hushed. He also loved how the pope led everyone in praying the Our Father, the Hail Mary and the Glory Be, saying that was similar to something a father, a good teacher or a good catechist would do.

He said another aspect of the pope’s personality was revealed right before the pope was supposed to appear to the crowds. Many people inside the apostolic palace wanted to speak with him first, but the pope had heard that it had been raining and said he should go to the balcony first because he didn’t want to keep the people waiting.

Cardinal Wuerl appreciated that the pope immediately greeted the crowd by saying good evening in Italian, which he said “pushed aside all formality.”

He noted that Pope Francis has “firmness in faith and gentleness in dealing with people.”

“Isn’t that what we look for in a bishop?” he said.

The cardinal said he worked with Cardinal Bergoglio on a synod council and found the then-cardinal to be “mild mannered, soft spoken and clear in thought.” He said he enjoyed working with him because of his “great clarity” and also the pastoral experience he brought to discussions.

He said the former archbishop of Buenos Aires had not been afraid to speak up on issues defending the church’s “counter-cultural message.”

He also said it was significant that the pope chose the name Francis, pointing out that St. Francis was “not a mild retiring person. He was demanding of himself and others … but he did it in such a way that you couldn’t help but love him.” 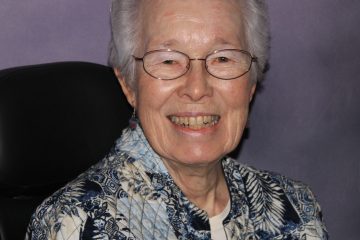