The university will move its expanding research institute into the building at 1700 S. Patterson Blvd., providing a signature facility for its research arm. UDRI conducts nearly $100 million annually in sponsored research and just received its largest contract in history — $49.5 million to develop advanced jet fuels and combustion technologies for the Air Force.

The 455,000-square-foot, five-story building along the Great Miami River also will provide a home for a proposed Alumni Center, as well as for graduate classes, executive development programs and conferences. One of the largest office buildings in the region, the furnished facility includes offices, classrooms, an auditorium, a dining facility and a 1,600-space parking lot.

UD’s Research Institute has added 35 employees over the past year and has been constrained by space for several years.  Approximately 260 researchers, support personnel and students are expected to move out of Kettering Laboratories, Caldwell Street Center and other campus locations and into the building over the next three years.

The university is ranked as a national research university. Sponsored research has nearly tripled in the past decade, rising from $37.1 million to $96.5 million.

With the new purchase, the University of Dayton’s campus now spans 373 acres.

‘Please, thank you and I’m sorry’ 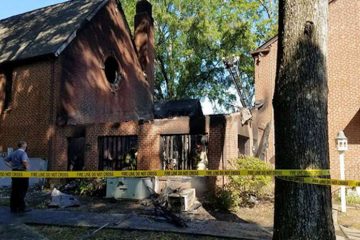