Spending bills introduced last week in the U.S. Senate would force employers and insurers to cover and pay for abortion, and do not include longtime protections for conscience rights, the U.S. bishops’ conference warned on Friday.

“The bills released by the Senate Appropriations chairman this week represent a radical departure from the will of the American people and the principle of justice for all,” said a statement released Friday, Oct. 22 by Cardinal Timothy Dolan of New York and Archbishop Joseph Naumann of Kansas City in Kansas.

Dolan leads the U.S. bishops’ religious liberty committee, while Nauman is the chairman of the conference’s pro-life committee.

“By proposing to eliminate the Hyde and Weldon Amendments, among other longstanding, bipartisan pro-life provisions, the Senate is staking out an extreme position of forcing taxpayers to pray for the taking of innocent unborn human life and forcing health care providers to participate in this injustice,” they said.

The Hyde amendment prohibits the use of federal dollars to pay for abortions, except in cases of rape, incest, or to save the life of the mother. The Weldon amendment bars federal agencies, programs, state governments, and local governments from receiving federal money if they discriminate against health care entities that do not provide, pay for, cover, or refer for abortions.

Each of these amendments is typically included each year in the appropriations bills that apportion funding for the Department of Health and Human Services. Neither policy is included in this year’s appropriations bill, the text of which was released on Tuesday, Oct. 19.

While the bills contain “many life-affirming provisions that help vulnerable people, including pregnant moms, refugees, low-income families, and the elderly,” Dolan and Naumann said that this level of concern “must also extend to our vulnerable brothers and sisters in the womb.”

“We reiterate the fact that funding the destruction of innocent unborn human lives, and forcing people to participate, are grave abuses of human rights,” they said. “We call on the Senate to prevent this injustice by passing appropriations bills that fully support and protect human dignity and the most vulnerable among us.”

Christ the King and the Myth of the "Wall of Separation" 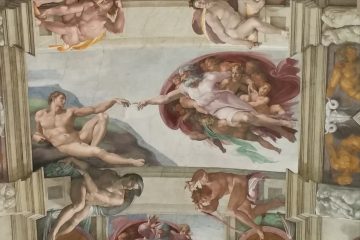