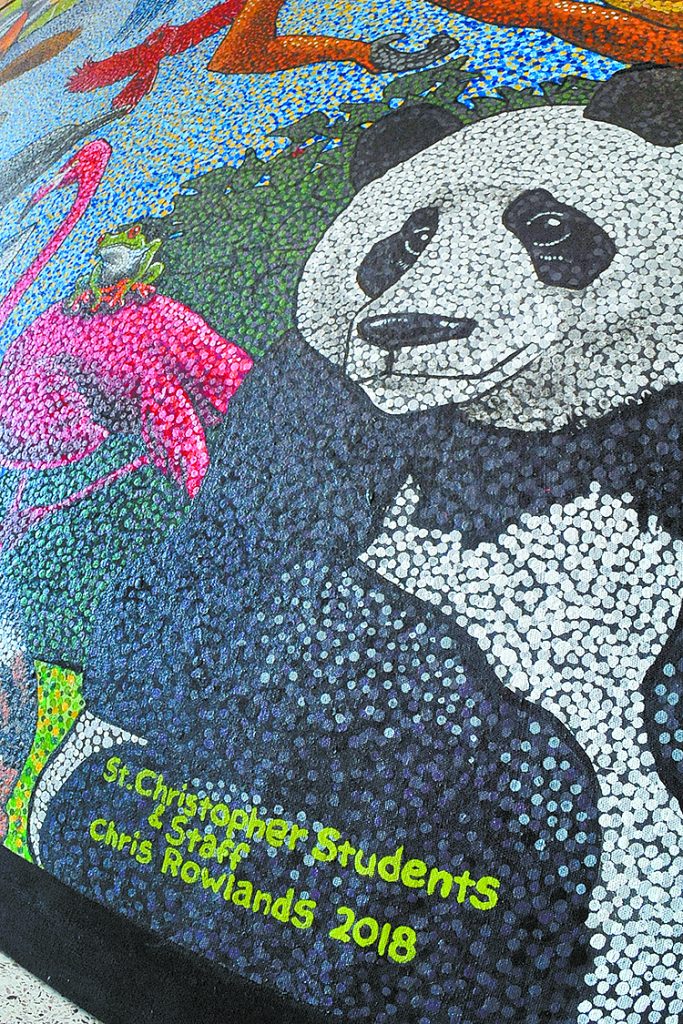 Kindergarten through fifth grade students at St. Christopher School in Vandalia have been busy following in the footsteps of God.

Under the tutelage of Chris Rowlands, the school’s artist in residence, the students created a mural of the Creation story. It took them more than seven days.

The school has partnered as an “Adventure School” with the Aullwood Audubon Center and Farm northwest of Dayton. Although Rowlands orchestrates school programs for the nature center,  the mural was a separate project funded by parish and school donations.

“The beauty of this was it involved every single unit [grade] in the school,” said Linda Chiappone, a kindergarten teacher who helped coordinate the project. “Almost 400 students were involved and played a part in this.”

Rowlands used the mural to teach pointillism, a style of painting that uses small dots of color to create images. “You have to see the mural to understand the idea of pointillism,” Chiappone said. “The children got down on their bellies and made dots of paint to create the background for the mural. When that was finished, Chris (Rowlands) went in and added the rest of the detail.

“Our students each spent two weeks under his direction doing all the dots — the basis of the painting.  Chris directed them as to where colors were needed to represent the water, or the cosmos, animals, the hand of God,” she said.

“We had it on the floor of our lobby for about a month. The first two weeks, the children were working with Chris, and the last two weeks he came back to school and added details so the kids could come in and see the progress he made and watch him as he added to it.”

Though Rowlands has helped create many pointillist murals in schools, Chiappone said, this one was different.

“The other wonderful thing was that Chris has been doing these kinds of murals for seven to 10 years, but he always does them in public schools and he can’t do a religious theme in a public school,” she said. “When we approached him and said we wanted it to be Scripture-based, his eyes just lit up. The teachers met with him to tell him we were thinking of creation, and he was so excited — ecstatic.”

So were the students. “When we did the mural, I could feel God with me in my creativity because God is in all of us,” said Keira Wagner, a fifth grader.

”I like that it shows the world as a kind place,” added third-grader Hadley Adams.

Mary Kincaid, St. Christopher’s principal, was thrilled by the project. “I was so amazed at how Chris incorporated each student into the painting,” she said. “He made the two weeks so much fun for our students. We are truly blessed to have had this experience.”

The completed mural now hangs in a stairwell at the school. 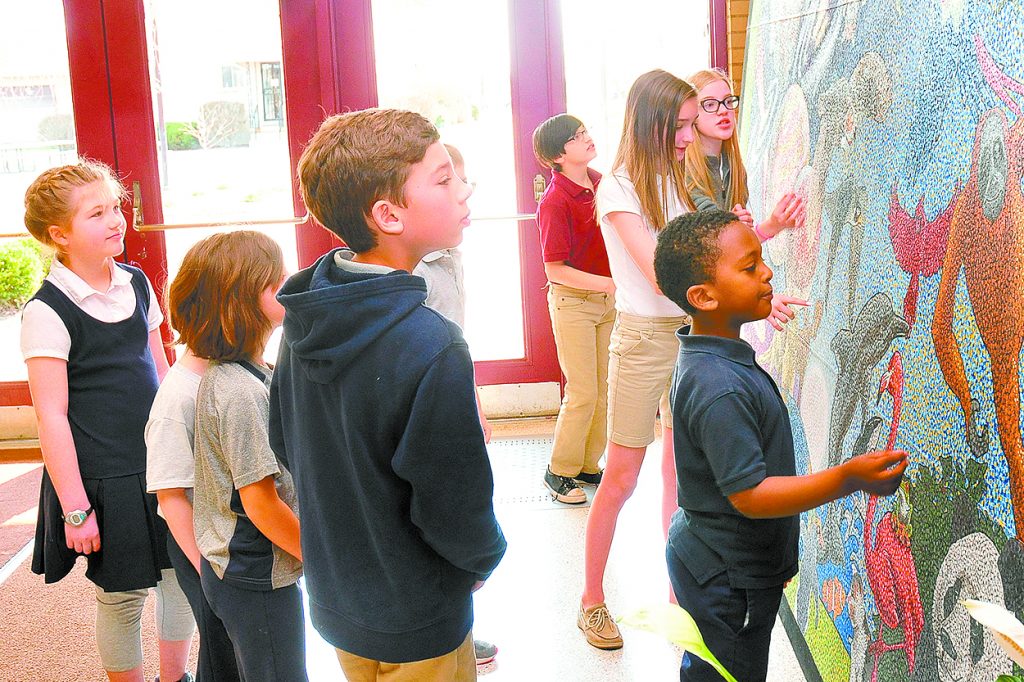 Cross the Bridge for Life turns 13; no end of growth in sight for joyful event

A picture says a thousand words: celebrating the feast of St. Rita

Sensory Friendly Masses in the Archdiocese of Cincinnati 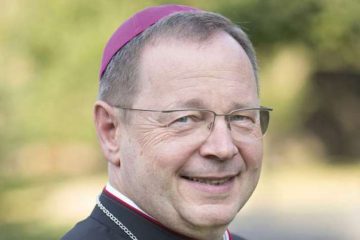