Oct. 11 marks the 60th anniversary of a monumental event in the history of the Catholic Church: the gathering in Rome of bishops from around the world for the start of the Second Vatican Council.

Vatican II, as it is popularly known today, was not one long, singular meeting, but rather a complex series of four deliberative sessions held between 1962 and 1965.

Nor was the council held for one, specific purpose, but rather many reasons, though aggiornamento — the desire to connect the Church with the modern world — served as a rallying theme.

What happened at those four sessions in St. Peter’s Basilica and resulted in four constitutions as well as many other texts has shaped and will continue to shape — and reverberate throughout — the Catholic Church for many years.

The story of Vatican II begins in the middle of the century with a man commonly known as Il Papa Bueno. On Jan. 25, Pope John XXIII calls for an ecumenical council. Over the next few months, he establishes a preparatory commission to consult bishops to work out the council’s agenda.

By motu proprio, Pope John XXIII establishes 11 commissions. Their task is to produce drafts for the coming gathering in Rome.

The council is formally summoned: It is by the apostolic constitution Humanae Salutis that the pope calls eligible participants to Rome.

From Oct. 11 to Dec. 8, the first session of the council meets, and work begins in 16 commissions for the 16 documents to ultimately come out of the Second Vatican Council.

These cover many topics, including the collegiality of bishops, the relationship with other religions and religious freedom, as well as a number of key themes in four documents called constitutions (more on those below).

The new pontiff promptly announces the council will continue. Therefore, from Sept. 29 to Dec. 4, the second session gathers in Rome.

Just before, Paul VI also announces a reform of the Roman Curia.

Issued on Dec. 4, Sacrosanctum concilium, the Constitution on the Sacred Liturgy, calls for the use of Latin “to be preserved in the Latin rites” but also allows for the use of local — vernacular — languages in some areas.

From Sept. 14 to Nov. 21, the council fathers gather to continue their work.

On the final day of the year’s session, Lumen gentium, the Dogmatic Constitution on the Church, is issued, among other documents.

This text on the “Light of the Nations” proclaims that the laity “carry out for their own part the mission of the whole Christian people in the Church and in the world.”

Also on the final day, Nov. 21, Pope Paul VI announces that the eucharistic fast will be reduced to one hour.

From Sept. 14 to Dec. 8 the fourth and final session of the council meets. During this session, several key documents are issued, including two more constitutions.

The Dogmatic Constitution on Divine Revelation, Dei verbum, asserts that “sacred tradition and Sacred Scripture … flowing from the same divine wellspring, in a certain way merge into a unity and tend toward the same end.”

Finally, the Pastoral Constitution on the Church in the Modern World, Gaudium et spes, is the last document promulgated during the council. Mentioning the word “world” 124 times and the word “Church” 140 times, it explains that “the Church has always had the duty of scrutinizing the signs of the times and of interpreting them in the light of the Gospel” and asserts “the effort to establish a universal brotherhood is not a hopeless one.”

On the final day, Dec. 8, 1965, the Second Vatican Council solemnly concludes. An extraordinary Jubilee Year is proclaimed to familiarize the faithful with the teachings of the council.

Mission is at the Heart of our Faith 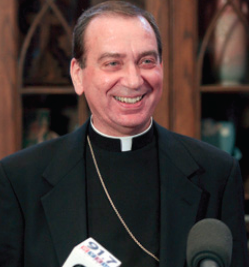