WASHINGTON (CNS) — Outside of a week or two in the darkest days of winter, it’s always gardening season for Jana Hukriede.

A key volunteer at Catholic Charities of Southern Missouri’s LifeHouse Crisis Maternity Home in Springfield, Hukriede finds that hardly a day passes in which she is not organizing volunteers, looking for bargains on gardening supplies and planning which vegetables to plant when in the numerous raised beds at the home’s 11-acre property.

Hukriede, 69, a retired Catholic school teacher, has been at it for seven years and has seen her involvement grow into one that the women who live at the maternity home have come to appreciate and welcome.

Catholic Charities USA recognized Hukriede’s commitment as its 2019 volunteer of the year. She will be honored during the agency’s annual gathering Sept. 25-27 in Albuquerque, New Mexico. She kidded that she hopes the ceremony won’t interfere with her garden schedule.

Hukriede said she started volunteering after seeing an invitation in her parish bulletin at Holy Trinity Church because she "felt moved by the Spirit."

Joined by the dozens of volunteers she has recruited — mostly retirees, but occasionally the group includes a few strapping college students who stop by to aid with a major project — Hukriede has helped create a caring community focused on meeting the needs of pregnant women and young mothers challenged by homelessness, domestic violence or addictions.

Her efforts have led to a gradual expansion of the garden. The harvest of kale, broccoli, onions, green beans, tomatoes, potatoes and squash has increased enough to become a significant source of healthy food for LifeHouse residents. Not only does Hukriede’s team grow and harvest the food, but they have helped the women get involved in weeding, harvesting and canning the produce that is grown.

There’s now a greenhouse on site so that vegetables can be grown year-round and Hurkiede is eyeing the eventual installation of a water irrigation system.

"It’s just so gratifying, too, to get other people involved and work as a team for a common goal," Hukriede told Catholic News Service. "We all know we are doing a great service for Catholic Charities and the women at LifeHouse."

Michele Marsh, LifeHouse director, described Hukriede as motivated to serve women who have had more than their share of hardship in life.

"She a joyful person. She’s dedicated. Really, she’s inspired so many people. And she’s a good role model," Marsh said.

It’s more than the garden to which Hukriede has committed her time. She continues as an on-call substitute teacher, is a lector and extraordinary minister of holy Communion at Holy Trinity, and helps prepare meals after funerals for parishioners.

She said her husband of 34 years, Malcolm, supports her effort. The couple’s son John, 36, is married and has a 3-year-old son with wife Linsey. Their son Stephen was born with cerebral palsy and died in 2010 at age 24.

Hukriede said she is pleased to be recognized for her volunteerism, but that awards are not why she has devoted so much time to gardening at LifeHouse.

"It’s about giving service," she said. "That’s what Jesus modeled." 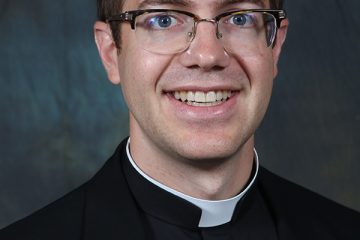