‘We too are living in a time of martyrdom’, Pope tells Scottish seminarians

The world continues to be “hostile to the Gospel,” just as it was four centuries ago when St. John Ogilvie was martyred for his faith in Scotland, but continuing to witness to Christ will change the world, Pope Francis said on Thursday.

This was the message of the Holy Father to seminarians studying at the Pontifical Scots College in Rome, which marks its 400th anniversary this year.

“We too are living in a time of martyrdom, and in the midst of a culture so often hostile to the Gospel,” the Holy Father said during his April 14 audience with the seminarians at the Vatican’s Consistory Hall.

“I urge you to have that same selfless spirit as your predecessors did. Love Jesus above all things!”

The Scots College in Rome was founded in 1600 by Clement VIII in the wake of the Scottish Reformation, when teaching the Catholic faith at home was illegal, but was still practiced in secret.

On March 10, 1616, just one year after the Scottish Jesuit priest St. John Ogilvie was martyred for celebrating Mass for the few remaining Catholic families in his country, Paul V gave students the option to take the “Mission Oath” to return to Scotland when they became priests, or to leave the college.

Inspired by St. John Ogilvie’s witness, the first 16 students of the seminary took the oath to return home after ordination to serve as priests in Scotland even if it meant facing martyrdom themselves.

Pope Francis said that “The ‘yes’ proclaimed by the sixteen men four hundred years ago was eloquent not simply for their good intentions, but rather because they persevered, and prepared themselves in every way, returning to Scotland to face the hardships that awaited them, even if it meant becoming martyrs themselves.”

He urged the seminarians studying in Rome to “(l)et your ‘yes’ be marked by a firm resolve to give yourselves generously to your priestly formation, so that your years in Rome may prepare you to return to Scotland and to offer your lives completely.”

By doing so, these young men will not only “honor the history and sacrifices” of their predecessors, but they will also become “a sign to the Scottish people,” especially the youth who seem to be “the furthest from Christ.”

“Show them, each and every one, that God is with us and that his mercy endures forever,” the Roman Pontiff said.

Ahead of the audience, Archbishop Philip Tartaglia of Glasgow said the meeting with Pope Francis would “be a huge encouragement to our young men who are preparing for the priesthood,” adding that he was “very pleased” that Pope Francis marked such an important anniversary for the school with his presence.

“The Martyrdom of the Scottish Jesuit priest, John Ogilvie one year earlier certainly inspired for the decision of the young students at that time resident in Rome,” he said during his opening address to the Holy Father.

He added that “together with my brother Archbishop, Leo Cushley, of St Andrews and Edinburgh, and in the name of the Rector and of the whole community of the Pontifical Scots College, I would like to thank your Holiness for receiving us today in this special audience.”

Fr. Daniel Fitzpatrick, vice-rector of the seminary, called the meeting “a great honor for the whole college.”

“Moments like these remind the seminarians of the great tradition they are now a part of,” he said.

Report: Baby girls are being targeted for abortion in the West

‘We too are living in a time of martyrdom’, Pope tells Scottish seminarians 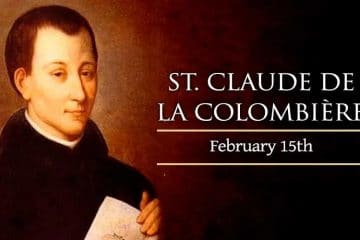