From our print edition:

Every fall, Catholics in the United States observe National Black Catholic History Month, a reminder that from the Church’s earliest days, Catholics have come from all races, cultures, and nations. The following explanation is from the National Black Catholic Congress, founded in1889 by Cincinnati publisher Daniel Rudd. For expanded coverage, including larger versions of the photos in the two collages, see our website, TheCatholicTelgraph.com.

On July 24, 1990, the National Black Catholic Clergy Caucus of the United States designated November as Black Catholic History Month to celebrate the long history and proud heritage of Black Catholics. Two commemorative dates fall within this month, Saint Augustine’s Birthday (November 13) and Saint Martin de Porres’ Feast Day (November 3). More importantly, November not only marks a time when we pray for all saints and souls in loving remembrance, but also a time to recall the saints and souls of Africa and the African Diaspora.

Some people forget that Christianity did not originate in Europe and even express surprise when they learn that Black Catholic History began in the Acts of the Apostles (8:26-40) with the conversion of the Ethiopian Eunuch by Philip the Deacon. This text is important for several reasons. First, it chronicles the conversion of the first Black African in recorded Christian history. Second, the text suggests that the man was a wealthy, literate, and powerful emissary of the Nubian Queen and also a faithful, practicing Jew prior to his baptism. Clearly, he was not an ignorant heathen. Third, the Ethiopian Eunuch’s conversion predates the conversions of Saints Paul and Cornelius. Most significantly, many cite this conversion as the very moment when the church changed from a Hebrew and Hellenist community to the truly Universal and Catholic Church.

Black Catholics trace their faith history back to Christian antiquity long before other nations heard the “Good News.” Christian Africa was indeed a “leading light” in early Christendom. Black Catholics point to three popes who were born in Africa: Saints Victor I, Melchiades, and Gelasius I. All three shepherded the early church through tough and tumultuous times in history. Black Catholics claim many Black Saints like Saints Cyprian, Zeno, Anthony of Egypt, Moses the Black, Pachomius, Maurice, Athanasius, Pisentius, Mary of Egypt, Cyril of Alexandria, Monica of Hippo, Augustine of Hippo, Perpetua, Felicitas, and Thecla. Some of these mystics, monastics, and martyrs literally made the church what it is today.

Not many people know that King Nzinga-a-Nkuwu Mbemba (Afonso the Good) of the Kongo and his subjects made their profession of faith thanks to the work of Portuguese missionaries one year before Christopher Columbus made his famous voyage in 1492, or that Pope Leo X consecrated the king’s son, Henrique, Titular Bishop of Utica in 1518 which was one year before Martin Luther nailed his list of ninety-five theses to the Church in Wittenberg. Bishop Henrique was the first native bishop of West Africa. However, he died in 1531. The Congolese Church and the hopes for an indigenous clergy died with him. Finally, the genocidal slave trade killed true evangelization in sub-Saharan Africa for several centuries.

Notwithstanding the moral crimes of chattel slavery, the French and Spanish missionaries ministered to their free and enslaved African population within their respective colonies. This ministry laid the foundation for Black Catholic communities within the United States, i.e. Mobile, Alabama; New Orleans, Louisiana; and Saint Augustine, Florida. It is important to note that many African-American Catholics cherish a certain Peruvian Dominican, Saint Martin de Porres, the only Black Saint from the Western Hemisphere to date.

Tragically, the American Catholic Church did not seriously commit its time and resources to minister to the African-American population during the ante-bellurn or post-bellum periods. However, God made a way!!! In spite of insuperable obstacles and opposition, African-American Catholics created a remarkable movement of faith and evangelization. Many courageous people played pivotal roles within church history like Mother Mary Elizabeth Lange, Mathilda Beasley, Daniel Rudd, and the Reverend Augustus Tolton. They witnessed their faith, ministered to their people, and left lasting legacies in the face of prejudice, ignorance, and indifference. One cannot read their stories without feeling tremendous joy, sorrow, and inspiration. They are truly heroic accounts!

A cloud of witnesses: African-American Catholic life in Cincinnati the bad and the good

Photos from our print collage

A Cloud of witnesses: African-American Catholic life in Cincinnati, the bad and the good 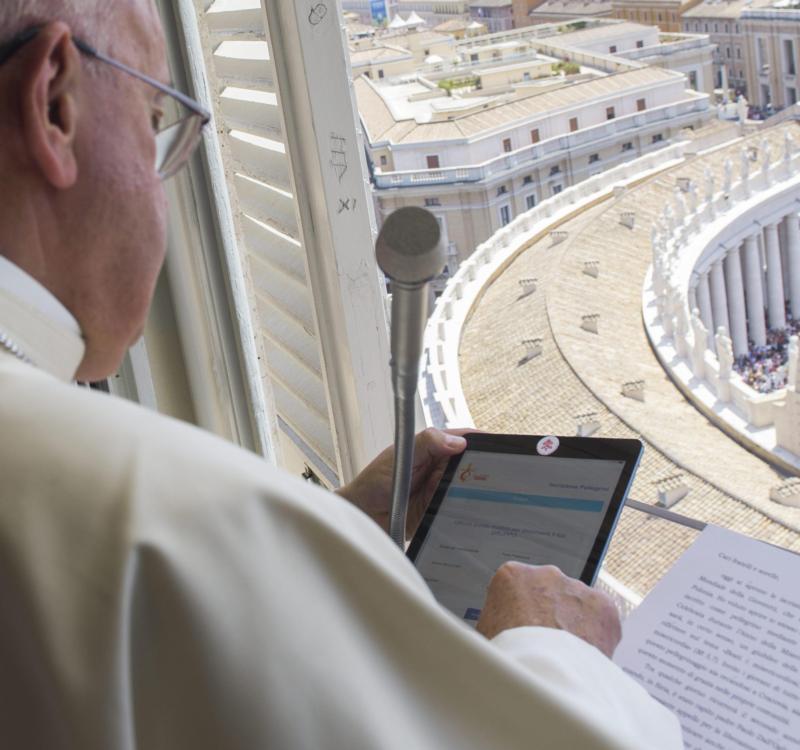