President Joe Biden is poised to sign the $485 billion Inflation Reduction Act into law later this week, promising Americans relief from the rising cost of food and other necessities.

But the massive spending bill is drawing criticism from Republicans and even some Democrats who predict it will do little to stem record levels of inflation.

Soaring prices for everything from groceries to gasoline promise to be a major campaign issue for both parties heading into November’s midterm elections. Forty percent of Americans in a recent poll listed inflation as the No. 1 priority they want the government to address. The annual inflation rate jumped to 9.1% in June, a record 40-year high.

Catholic families are among those feeling the squeeze. Nearly 90% of Catholics say they have had their finances significantly impacted by inflation, yet a majority (57%) say they do not have much or any confidence that Biden will be able to significantly curb inflation over the coming year, according to an EWTN/RealClear Opinion Research poll released in July.

Here’s a breakdown of what Catholic families worried about the rising cost of living need to know about the government’s plans to address the problem.

Will the Inflation Reduction Act work?

From the Biden administration’s point of view, the bill would reduce inflation by investing about $485 billion into policy measures aimed at driving economic growth through tax breaks and spending on climate, energy, and healthcare.

The act also designates $124 billion to the Internal Revenue Service for beefed up tax enforcement. Senate Democrats say the move will ensure that “wealthy millionaires and billionaires” pay their fair share. Republicans disagree, with the House Freedom Caucus saying in a statement that the proposal would create “an army of 87,000 new enforcement agents” targeting Americans.

In a statement Sunday, Biden said that the bill will “lower the cost of prescription drugs, health insurance, and everyday energy costs, and reduce the deficit while making the wealthiest corporations finally pay their fair share.”

Biden emphasized that “[the bill] pays for all this by establishing a minimum corporate tax so that our richest corporations start to pay their fair share,” adding, “It does not raise taxes on those making under $400,000 a year — not one cent.”

But skeptics are speaking out about the bill’s projected flaws.

One of the bill’s more vocal critics is Democrat Sen. Bernie Sanders of Vermont, who referred to the legislation Saturday as “the so-called Inflation Reduction Act” in a speech on the Senate floor. Citing analyses by the Congressional Budget Office and other economic organizations, Sanders predicted that the bill “will, in fact, have a minimal impact on inflation.”

The Penn Wharton Budget Model — which Democrat Sen. Joe Manchin of West Virginia often relies on when assessing legislation — has predicted that the bill’s impact on inflation is “statistically indistinguishable from zero.”

The analysis estimated that the bill would actually “slightly increase inflation until 2024 and decrease inflation thereafter … thereby indicating low confidence that the legislation will have any impact on inflation.”

However, Mark Zandi, chief economist of Moody’s Analytics, supports the bill, saying it will add a small amount of growth and “lean against inflation over the next decade.”

“It is more than paid for with tax hikes on large corporations and the well-to-do,” he added.

Moody’s says the bill “will modestly reduce inflation over the 10-year budget horizon,” becoming “more meaningful later in the decade.”

Many American families, however, want inflation relief now, not incremental decreases over time.

The 755-page bill also includes a proposed $369 billion in climate change provisions designed to shift Americans to green energy and propel the U.S. to being a global leader on climate change.

In a statement Sunday, Biden championed the bill as “the largest investment ever in combating the existential crisis of climate change.”

Among the climate provisions are $3 billion for “environmental and climate justice” programs, $250 million for making federal buildings green, incentives for Americans to buy electric vehicles, and a methane emissions tax.

Yet some economists and other groups warn these measures could hurt those already facing pressure on their pocketbooks.

A recent report by CatholicVote, a non-profit advocacy group run by Catholic laity, says the poor will be negatively impacted the most.

Green energy measures have large up-front costs, which could lead to “increased utility bills for the lower-middle and lower-income families who still rely on these sources for heating, cooling, lighting, and refrigeration,” the report explained.

Michael Stojsavljevich, a managing partner at the economic advisory firm Geostratix and former Department of Labor official, told CNA that the bill is “inefficient” and will lead to more burdens on families.

“It does not do anything to address the underlying causes of inflation, which are supply-chain based and spending-based. We’re spending more money and chasing fewer goods,” he said.

Stojsavljevich says that the bill instead “shifts the focus to pursuing green energy policies” and goods that the average American can’t afford or is unlikely to buy.

In a letter to Congress, the American Gas Association estimated that the bill’s methane tax would increase energy prices up to 17% for the average family and would impose “major new costs” in the form of higher bills for families and small businesses who use natural gas. 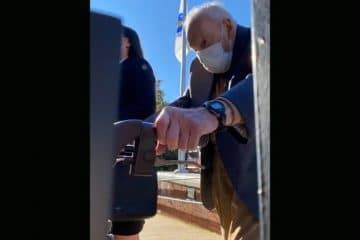