The United States Conference of Catholic Bishops (USCCB) will hold its annual fall meeting in Baltimore this week. Here are 10 things to expect from this week’s gathering:

The meeting will mark the end of Archbishop José Gomez of Los Angeles’ three-year term as president of the USCCB.

Gomez successfully navigated a way out of the controversy (and division among the bishops) over whether Catholic politicians who support abortion should be denied Communion. In deciding to hold a three-year Eucharistic Revival to promote a renewed understanding of a key tenet of the Catholic faith, that Jesus is truly present in the Eucharist, Gomez and the bishops took the issue out of the political realm for the time being. The initiative represents a recognition that pro-abortion Catholic politicians are only a symptom of a larger problem: the tepid and ill-formed faith of many American Catholics.

2. Election of a new president and vice president

The bishops will be electing a new president and vice president of the conference on Tuesday. None of the candidates is actively campaigning for the job, and there is talk that only a “unity” candidate will get the most votes. That might eliminate more outspoken bishops, including Archbishop Salvatore Cordileone of San Francisco. Archbishop William Lori of Baltimore could attract support. He has solid bona fides on pro-life issues but has earned praise all around for championing an emphasis on pastoral care to women and children in light of the Supreme Court’s decision to overturn Roe v. Wade. Another name that has been bandied about of late is Archbishop Timothy Broglio of the Archdiocese for the Military Services. Because of his unusual archdiocese, he is seen as someone who might have more time and energy to devote to overseeing the USCCB.

3. New guidance on voting for Catholics

On Wednesday the bishops will decide whether to revise “Forming Consciences for Faithful Citizenship,” their guide to help Catholics understand how their faith should inform how they vote. Any changes to the document would be finalized in 2023, but discussion this week, possibly behind closed doors, could determine how much of an emphasis is placed on the issue of abortion.

4. Abortion in a post-Dobbs world

It will be hard for the bishops to ignore that the pro-abortion side carried the day on Nov. 8. Will they follow Detroit Archbishop Allen Vigneron’s model of responding to pro-life losses with prayer, penance, and almsgiving? Or will some advocate a more proactive response? Some bishops’ could advocate a shift in emphasis from opposition to abortion to support for a pastoral approach to the issue, along the lines of the Walking with Moms in Need Initiative.

When the bishops decided to embark on a Eucharistic Revival at last year’s general assembly, there was some grumbling about the project’s $28 million price tag. That’s a subject that may be taken up again. An update on the state of the initiative could spark discussion on the general state of formation among Catholics in the pews.

6. State of the priesthood

More time will be dedicated to prayer and fellowship at this year’s general assembly in an apparent acknowledgment of the challenges and stresses involved in the job. Discussion may turn to The Catholic Project’s recent survey that found signs of “burnout” among young priests and diocesan priests, and a decline in trust that priests have in their bishops.

The bishops will get an update on the war in Ukraine from Archbishop Borys Gudziak, the archeparch of the Ukrainian Catholic Archeparchy of Philadelphia. We can expect the bishops to renew a commitment to the Ukrainian people (Archbishop William Lori traveled to Poland and Ukraine with the Knights of Columbus in October to help distribute aid to those affected by the war). It is unlikely that they would get ahead of the Vatican on the issue of the war and push for an end to U.S. funding of Ukraine’s military.

The bishops will discuss the Synod on Synodality and the preliminary findings from the Church’s listening sessions. With the September release of the “National Synthesis,” the bishops are moving from the diocesan phase of the listening process to the continental phase, and it will be interesting to see what findings they choose to highlight. Pope Francis announced on Oct. 16 his decision to extend the synod through October 2024.

The bishops will vote on whether to advance the causes for sainthood for three American women: Cora Evans, Michelle Duppong, and Mother Margaret Mary Healy Murphy.

The Baltimore meeting will kick off Tuesday with an address from the papal nuncio, Archbishop Christoph Pierre. The bishops also will discuss a new catechumenate model of marriage preparation, World Youth Day 2023, migration, new translations of liturgical rituals, and reflect on the 20th anniversary of the Dallas Charter and where things stand since the Church put into place procedures to address the sexual abuse of minors by clergy.

In addition, the bishops will elect chairmen of several committees. Of some interest will be the election for chairman of the Committee on Evangelization and Catechesis, as whoever succeeds Bishop Andrew Cozzens, whose term ends at the end of the meeting, will be taking on the high-profile job of quarterbacking the Eucharistic Revival initiative. 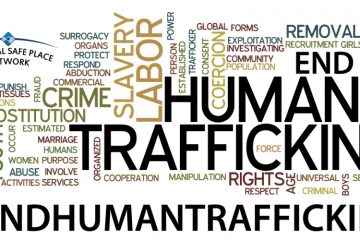