The attorney and long-time pro-life activist said a surprising first year for the Trump administration, the dwindling number of abortion clinics in the United States, and the growing numbers of young people who consider themselves pro-life are all encouraging signs for the long struggle to end legal abortion in America.

The trends are not without caveats, he said. President Trump’s record on pro-life issues may be stronger than almost any other recent president’s, but they are not guaranteed to continue. The sharp decrease in abortion businesses often means the ones that remain are much larger and abort many more children. And the continuing increase in young people disapproving of abortion have yet to result in the kind of actions the movement hopes for. But together, Condit said, they should give the pro-life movement cause to hope.

Condit made his remarks in front of City Hall, before the procession began. Hundreds of people crowded the massive building’s steps, surrounding a statue of Mary holding the infant Christ. After a collective for forgiveness and mercy, the procession set out through the streets of Cincinnati.

Despite the balmy weather, several participants said numbers seemed down. Perhaps a date so close to the Washington March for Life meant that people who would otherwise have participated were still on the roads, or perhaps worries about the progressive, and aggressively pro-abortion, Women’s March scheduled for later in the day kept people away. More than one participant remarked keeping an eye out for people to begin yelling or disrupting the walk.

But while people on their way to the other rally stopped to watch, they said nothing. The only loud response came from a woman and her children skating at the rink on Fountain Square while the procession finished the rosary, and they repeatedly yelled “Hallelujah!” and “Amen!”

The brief rally included a pro-life award presented to Brian Hurley, who could not attend, and talks by Michelle Ashley from the Ohio branch of the Susan B. Anthony List and Sheri Lawson of Healthy Beginnings. Rep. Tom Brinkman acted as Master of Ceremonies.

The annual event is sponsored by the Cincinnati Pro-Life Committee, a coalition of churches and pro-life organizations. For a  large gallery of photos, see our Facebook album. 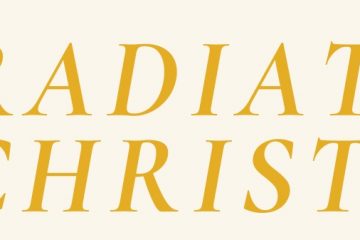