A first-timer’s guide to the Traditional Latin Mass

Last week, I (Autumn Jones) wanted to check out the Traditional Latin Mass for the first time. I’ve always attended the Norvus Ordo and knew little about what to expect. With the pope’s recent motu proprio, which regulates the celebration of the Extraordinary Form of the Roman Rite, I had a lot of questions.

Thankfully, my colleague and CNA’s managing editor, Carl Bunderson, was willing to help. Carl has been attending the Traditional Latin Mass for about 12 years. I rolled my office chair over to his desk and asked him everything I could think of.

We offer this dialogue as a helpful guide for anyone interested in exploring the extraordinary form of the Roman Rite.

Autumn Jones: Is it illegal to go to a Traditional Latin Mass (TLM)?

Carl Bunderson: By no means. In Traditionis custodes, Pope Francis states that diocesan bishops are to provide priests entrusted with celebrating Traditional Latin Masses and providing pastoral care for groups who use the 1962 Roman Missal. The pope can hardly legislate to provide for something illegal.

AJ: But what about what Pope Francis said in the motu proprio a couple weeks ago?

CB: Well, he said that where groups exist that use the 1962 Roman Missal, diocesan bishops are “to designate one or more locations where the faithful adherents of these groups may gather for the eucharistic celebration,” and to appoint a priest “entrusted with these celebrations and with the pastoral care of these groups of the faithful.” This means that the faithful are permitted to attend Masses said according to this missal.

AJ: Does a TLM fulfill the Sunday Obligation?

CB: Unquestionably. It is a Mass celebrated in a Catholic rite.

AJ: What makes a TLM different from my normal Sunday parish mass?

CB: The things that will likely strike you most are that the liturgy is entirely in Latin, and that the priest celebrates facing the same direction as the people. Granted, both of those things can, and (perhaps) should, be done in the Novus Ordo, but in practice they’re about as rare as hen’s teeth. But there are more substantial differences that might not be as immediately striking.

CB: The calendar is different; in addition to Lent, there’s a pre-Lenten season called Septuagesima, and the Sundays of what is Ordinary Time in the Novus Ordo are Sundays after Epiphany or Pentecost. The texts of the proper prayers will be different — i.e. the collect at the beginning, the secret, and the post-communion. The offertory prayers are different, and there are additional prayers at Holy Communion and after the priest’s reception. “Lord, I am not worthy…” is said thrice, and the priest says Amen as part of the prayer when distributing Holy Communion.

CB: But wait, there’s more! The priest prays the Our Father alone, except for the last line, which is said by the congregation. The readings will be different, and there are generally two rather than three: a gospel, preceded typically by an epistle from St. Paul. The sacrifice is always offered using the Roman canon. The canon is said silently, and there is more silence in general. The proper chants (introit, offertory, communion) are always sung or recited. There is no responsorial psalm; in its place is (usually) a gradual. After the Confiteor and saying “May almightyGod be merciful to you…”, the priest says an additional prayer, “May the almighty and merciful Lord grant us pardon…”, and gives a blessing. During the creed, one always kneels at the “And became incarnate…” There are certainly more differences, but I’m afraid I’m not allowed to bore you.

AJ: Ha! Do I respond to any of the things the priest says? How will I know what to say or what to do and when to do it?

CB: You’ll likely be lost the first time, and that’s okay. As Venerable Pius XII wrote in Mediator Dei, “the chief element of divine worship must be interior.” Just try to follow the gestures of those around you. Many churches that offer the traditional Mass will provide some sort of aid to those new to this form; the most ubiquitous is the “red booklet”, which contains the ordinary prayers in Latin and English on facing pages. Proper prayers will usually be on an inserted paper. Or, you can bring your own missal to follow along with. Many parishes will have introductory classes from time to time, so check the parish bulletin. It is praiseworthy to follow along with the texts, and that should be your long-term goal, but don’t sweat it your first few times.

AJ: Wait. What’s a low Mass? Is there a high Mass?

CB: Well, the fullest form of the Mass (excepting those said by bishops) is a Solemn Mass. In this form, the priest is assisted by a deacon and a subdeacon, and both the ordinary and propers are chanted. Incense is used, and there are typically a number of servers. The ministers exchange the kiss of peace, and the Asperges, a sprinkling rite, are sung on Sundays.

Next in solemnity to the Solemn Mass is the Missa Cantata, or sung Mass. There is neither deacon nor subdeacon, but both the ordinary and propers are chanted. Incense is typically used, and there are still a decent number of servers. The Asperges are sung on Sundays. The experience is much like being at a Solemn Mass; both are sometimes referred to as high Mass.

A low Mass is much quieter than Solemn or sung Masses. The ordinary and propers are not chanted, but only recited. There is neither deacon nor subdeacon. Incense is not typically used, and there are fewer servers. There are no Asperges.

CB: You should go to a sung Mass. Just immerse yourself in the music, and follow along as best you can, but focus more on what the choir is doing than on what the priest is. If the choir is singing Gregorian chant, you can sit and meditate on the words of the psalm and really pray the Mass. It takes work to participate actively in the Tridentine Mass, but if you put the time and effort in, it will be worth it.

AJ: Will I stick out like a sore thumb if I’ve never been before?

CB: I would expect that people will pay more attention to the Mass than to you. But, if you don’t want to stick out, dress nicely, and do your best to follow those around you.

CB: Not necessarily. Many women choose to cover their heads, but some do not. If you wish to, without getting a veil of your own, there are often veils at the back for those who haven’t one with them. Veils by Lily is a good place to buy a veil. Hats are an option, too, of course. And nothing’s stopping you from veiling at the Novus Ordo, while we’re at it.

AJ: What should I bring with me to Mass?

CB: A contrite and humbled heart, and an open mind. If you have a 1962 hand Missal, bring it, but don’t feel you need to at first.

AJ: I’ve never received the Eucharist on the tongue. Is that the only way the priest distributes it during a TLM? Any tips?

CB: It is. Communion is distributed while recipients are kneeling, and they receive on the tongue. There will likely be either a communion rail at which you kneel all in a row, or individual kneelers. Every place is a little different, so just see what others are doing, and follow suit. When it’s your turn to receive, tilt your head back a bit, stick out your tongue, stay still, don’t respond ‘Amen’ to the priest, and don’t try to make eye contact with him. If you’re really not comfortable with this, remember that the only person obliged to receive is the priest. You can make a spiritual communion.

AJ: Is there anything else I should know before I go for the first time?

CB: I think it’s important to accept that you’ll be lost the first several times. Most parishes will have one Missa Cantata on a Sunday, and then any other Masses will be low. Daily Masses are going to be low. It could be good to prepare ahead of time, reading through the Mass, and especially the proper readings and prayers for the day you’ll be attending. You can do this either with a hard copy of a Missal, or a site such as Divinum Officium: just plug in the date you’ll be attending, click “Sancta Missa,” and the entire text of that day’s Mass will show up in parallel English and Latin columns.

If you’re interested and want more than can be offered in a Q&A, I would suggest picking up a copy of Nothing Superfluous, an examination of the TLM by my sometime pastor, Fr. James Jackson.

Savannah diocese to end Traditional Latin Masses in May 2023

A first-timer’s guide to the Traditional Latin Mass 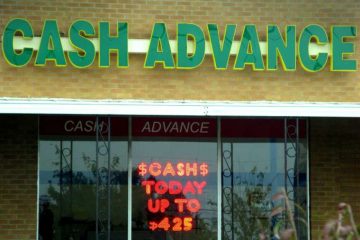