November 26, 2022 The Catholic Telegraph
Home»Commentary»A question of Faith: Why did Christ wait so long?
Commentary

Q: Why did Christ wait until approximately 2,017 years ago to appear on Earth when man (Homo sapiens) is about 200,000 years old?

A: Theologians call this theological issue the “scandal of the particular.” Which is to say, Why did God reveal Himself in Jesus in a particular time and space (first century Palestine)? Why not directly to the Aztecs or Greeks or the Chinese? Why not 2,000 BC or 10,000 BC or even 150,000 BC?

The answer lies in God’s perfect and providential pedagogy. God knew to whom and how his message could be spread. He prepared the world for the coming of Christ through his revelation to the Jewish people. The prophets in veiled and explicit ways had proclaimed the Messiah, heralding his coming. The revelation of God to the Jewish people allowed some to recognize him. Consider how Simeon and Anna identified the infant Jesus as Messiah when he was brought to the Temple. Simeon cries out, “Lord, now let your servant go in peace; your word has been fulfilled: my own eyes have seen the salvation which you have prepared in the sight of every people: a light to reveal you to the nations and the glory of your people Israel” (Luke 2: 29-32).

As the Catechism relates, God’s divine pedagogy, leading step by step to the birth of Jesus, was measured, a gradual unfolding from the second millennium BC to the first century: “God communicates himself to man gradually.

He prepares him to welcome by stages the supernatural Revelation that is to culminate in the person and mission of the incarnate Word, Jesus Christ” (Catechism of the Catholic Church, 53).

Still, Jesus’ manifestation in time and space can seem too limited, even unfair to those to whom Jesus did not directly reveal Himself until we examine His continuing presence through the Church. The scandal of the particular is foiled by Jesus’ final command to his followers: “Go into the whole world and proclaim the Gospel to every creature” (Mark 16: 15). From the time of Paul’s missionary journeys in Greece to modern missionary efforts in Africa and Asia and beyond, the Church’s preaching of the Gospel in diverse places has mitigated against geographic particularity. The Church has grown to 1.2 billion members (and another 1 billion non-Catholic Christians) in the world. God has provided for the increase of the Church across the globe so that salvation could be offered to every people.

Similarly, the salvation offered through Christ is not limited to those who lived during and after Jesus’ lifetime. We might ask, What about the prophets and Patriarchs and holy men and women of the Old Testament? Did they receive the revelation of Jesus? The early Church taught that Jesus after His death, but before the resurrection, preached to the souls that had gone before. During His sojourn to the place of the dead, Jesus met Adam and Eve and invited them to enter into eternal life. Christ preached to all the souls of the underworld and offered them the same. The difficulty of Jesus’ manifestation in time is answered by His revelation to the dead.

There is no soul, whether past, present, or future, for whom Jesus did not come as savior. Jesus’ universal salvific will extends to all times, races, cultures, and countries. Even though God is made known through the incarnation in time and space, the message of Jesus is meant for all. There is no scandal in Jesus’ desire that all men be saved and come to the knowledge of His truth (1 Timothy 2: 4), no matter when and where they have lived on earth.

Father Endres is dean of Mount St. Mary’s Seminary of the West and the Athenaeum of Ohio. Send your question of faith to [email protected] 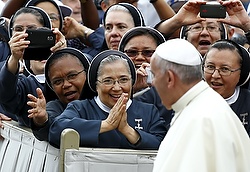