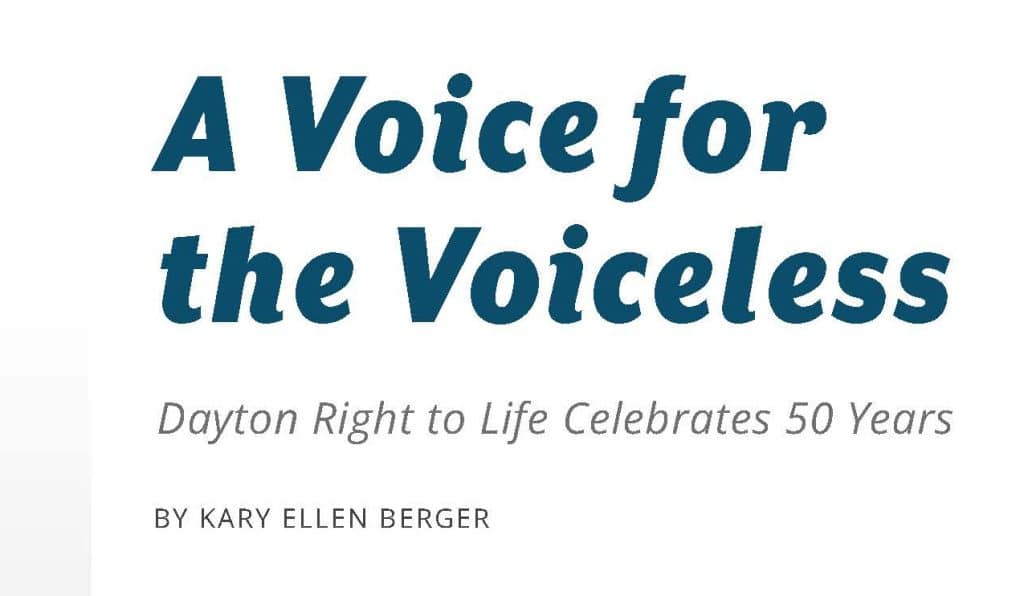 This year marks Dayton Right to Life’s golden anniversary for providing services to mothers and families in the archdiocese’s northern region. It formed in May 1972 when area individuals recognized the growing threat to the sanctity of life.

“[When I spoke] with our founders and our founders’ children, I was completely overwhelmed by the vision of these concerned citizens in 1972,” said Dayton Right to Life Executive Director, Margie Christie. “Even before Roe v. Wade, these folks saw how the family was being attacked and how the voices of our most vulnerable citizens were being silenced by the cultural revolution of the late 1960s. These folks were busy moms and dads, just like today, but found the time and energy to meet around their kitchen tables and living rooms to write letters and speak out in the community on the dignity of the unborn.”

“Inspired by Dr. Jack Wilke, they took his message to the City of Dayton and its communities, making sure the ‘voiceless’ had a voice,” continued Christie. “By the 1980s-90s, Dayton Right to Life became a statewide leader in the pro-life movement which we continue today.
It all goes to prove that when you have the Truth on your side you can accomplish the impossible with the support of volunteers, a strong board and generous supporters. Even with a budget as small as ours, it is quite remarkable. Our board and staff are so grateful to these courageous men and women. They fought the ‘culture of death’ head-on and prevailed. We outlived Roe v. Wade and continue today supporting families and mothers.”

“Just like in 1972, we are a small-budget, small-staffed group, but we are an impactful presence in our community for life and will continue to be a ‘voice for the voiceless,’’’ said Christie. The organization currently champions many ministries, including the Stork’s Nest Baby Pantry, scholarship opportunities for parents, and both informational and educational opportunities throughout the community.

Asked to join the Dayton Right to Life Board of Directors in 2012, Christie also volunteered in the baby pantry. She was hired by Dayton Right to Life a few years later, to work on advocacy and legislation for the organization, then became the nonprofit’s executive director in 2018.

Dayton Right to Life celebrated its 50th anniversary with a founders’ luncheon in the spring and a Golden Gala in September, Christi said.
While great strides were made over the past 50 years, Christie shared that challenges must still be addressed to protect the lives of the unborn.

“If we want families to choose life, we must support them, however we can, on that journey,” said Christie. “Our goal is to educate citizens and legislators on the dignity of all life and the protections they require in today’s world.”

Additional information about Dayton Right to Life and how to join their mission is found on daytonlife.org. 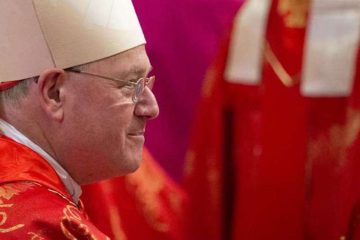