Archbishop Cordileone after stabbing of Asian women: “we must stop hating one another”

Most Reverend Salvatore Cordileone, Archbishop of San Francisco, called on local Catholics to “engage in prayer, adoration and fasting for an end to violence and hatred,” after two Asian women were stabbed at a bus stop in downtown San Francisco on Tuesday at around 5:00 pm.

In a statement released to CNA, Archbishop Cordileone wrote, “It happened again. This time, two Asian women were stabbed on the streets of San Francisco in broad daylight. How can this be happening? Our beloved city is deteriorating. The Tenderloin is the center of homelessness and poverty. Solutions are going to require new and creative ideas, and a hard and honest look at some very painful realities.”

“It will not happen without us all uniting in deep love for our city and its people,” the Archbishop also said.

“We must stop hating one another. We must recognize in the other not an object of violence or hate, but a brother or sister made in the image and likeness of God. This is a big challenge for all of us. I ask San Francisco Catholics to engage in prayer, adoration and fasting for an end to violence and hatred. St. Francis, patron of San Francisco, pray for us,” he concluded.

Both victims were transported to nearby hospitals, one of them, an 85-year-old woman, had to undergo surgery.

Patricia Lee, a witness who was working at a flower stand near the attack, told KGO-TV that the man who attacked the women “walked away like nothing happened, like Sunday morning.”

Archbishop Cordileone after stabbing of Asian women: “we must stop hating one another”

Pope confirms he will visit Philadelphia in September 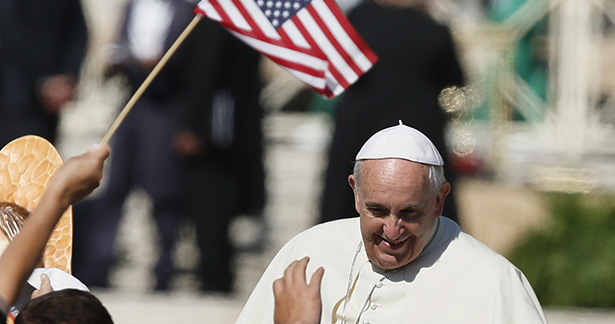