St. Joseph Gardens, planted at an empty lot on the site of a high school across the street from St. Joseph Church in North Bend, will soon be home to a large, open shelter. Father Andrew Umberg broke ground last week for the third and final (so far) project in the parish’s expansion.

Purchased by parishioners after the school district announced it would tear down the building, the grounds also include two ambitious landscaping projects paid for by pledges and donors: a Stations of the Cross walking path, and what has become one of the most popular large-scale landscape projects at Catholic institutions, a labyrinth.

But are labyrinths Catholic?

In a word: “no,” said Jesuit Father Mitch Pacwa, a scholar and popular author, speaker, and television host who has written about New Age spirituality and practices.

“Its origins are pagan, in Greek mythology,” he said. “The labyrinth is also geometric — many English gardens have labyrinths.”

A famous floor mosaic at the entrance to the cathedral in Chartres, France, of a huge circular labyrinth or one-way maze has in recent years given rise to romantic legends about its purpose. For instance, one common legend is that people who could not go on pilgrimage to Jerusalem would follow the path to the center of the mosaic on their knees, as a sort of “virtual” pilgrimage.

In the past few decades, classes and workshops first begun by Episcopalian women have popularized the idea of walking on the path of a labyrinth as a way to “encounter the eternal feminine.” More or less New Age, depending on who is teaching them, these are inventions, not history. But their popularity has created a trend for labyrinths laid out in gardens or set into pavements, including at Catholic sites.

Little is known about the true purpose of the Chartres labyrinth, if it had one beyond decoration. Staff at the Cathedral of Notre Dame de Chartres say that three recently discovered 13th-century manuscripts show the labyrinth was at one time used during Holy Week for a sort of dance depicting Christ harrowing Hell. The labyrinth, the Cathedral’s website says, is “No magical sign or physical phenomenon. The only energies that are found there are those that inhabit the men and women who go through it – ready to be ‘touched’ by the grace of the moment.”

Father Mitch suggests that Catholics looking for a walking pilgrimage make use of the ancient custom of praying the Stations of the Cross “which are somewhat neglected in many churches,” he said, but which have no New Age associations, and no invented theologies attached to them.

Visitors to St. Joseph Gardens can do both: pray, meditate, and recall Christ’s Passion, death, and resurrection before the Stations of the Cross; and enjoy walking the twists and turns of the perfectly laid-out, 60-ft. diameter labyrinth.

For more about St. Joseph Garden, see “Nothing like it in the tristate” in our print edition. For more photographs, see our Facebook gallery 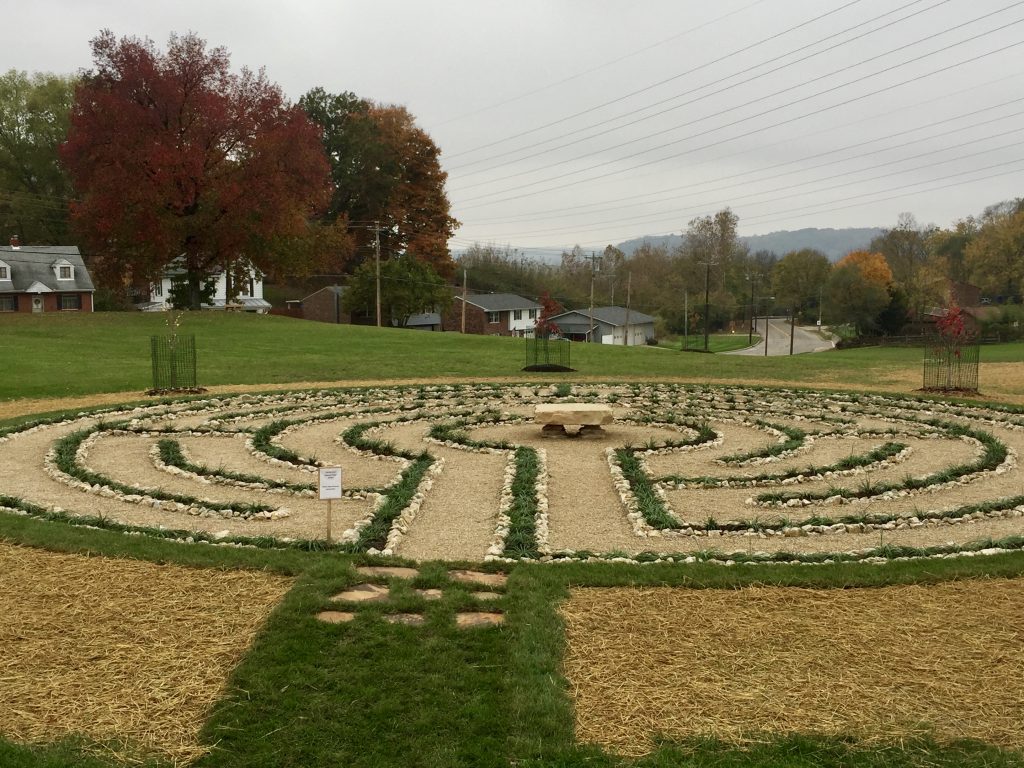 Missionary of the Precious Blood is ‘blessed beyond words’