CATHEDRAL DEANERY — The Cathedral of St. Peter in Chains was filled to overflow on Jan. 17 for a special concert honoring recently retired Archbishop Daniel E. Pilarczyk.

The archbishop is well known as a fan of the great composer, Johann Sebastian Bach. When consideration was being given to an appropriate way to honor Archbishop Pilarczyk for his 50 years of service to the archdiocese and acknowledge his great love of the classical arts, a concert featuring Bach’s music was suggested.

The concert, part of the cathedral’s Great Music in a Grace Space series, was presented by Cincinnati Symphony Orchestra music director Paavo Jarvi and CSO members. The program included Bach’s Brandenburg Concerto No 1. in F major; his Keyboard Concerto No. 4 in A Major; and Arvo Part’s Wenn Bach Bienen gezuchetet hatte (“If Bach had Raised Bees”).

Local Catholics reach out to Haiti 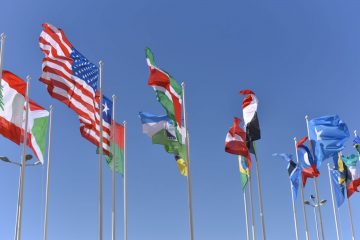