There is a perception that exists, among critics of Catholic high school athletics, that some schools are little more than glorified “football factories.” These schools, they say, exist to accept alumni donations so they can keep expanding their athletic programs and facilities to the exclusion of all else.

The critics wonder why high school football stadiums are sold out Friday night, but the church pews are half-empty Sunday morning.

It is a fair question, and one that troubles Stephen T. Badin High School football coach Bill Tenore.

Tenore has been a football coach at various schools for 18 years. Though currently teaching physical education, he has been a religion teacher for 14 years. In addition, he’s the liturgical music director at Our Lady of Victory Parish in Delhi. His perspective has always been that faith and football are inseparable at a Catholic school, and he works to make faith part of Badin’s program.

“I never had any resistance (to introducing faith elements),” Tenore said. “There’s been times where I’ve really felt that it’s not the first priority, but I look at it as it’s our job to make it a priority as Catholic educators.”

Tenore said part of the problem has come in a cultural shift about what’s important. Parents used to send their children to Catholic school because they were Catholic; now students transfer in and out depending on football playing time, the type of offense a school runs or even for better athletic uniforms.

“Catholic families living in Fairfield or Hamilton used to send their kids to Badin because it’s Catholic and it was the only Catholic high school when we had those boundaries,” Tenore said. “Now there’s more choices out there. A young man can go to any school he wants to in the archdiocese… The reasons for Catholic education, I don’t know if number one is always faith-based. There’s other things that come into it. Learning the faith probably is not the number one priority.”

Since taking over as head coach at Badin, Tenore has led the Rams to a 24-19 record. He played for and coached under the legendary Terry Malone, whose 360 wins are second only to Ironton’s Bob Lutz in total OHSAA football victories. While Malone may have been known for his successes, it was his values that left an impression on Tenore.

“Coach Malone would witness to the faith by just being himself,” Tenore said. “Yes, he took the team to Mass and we said our Hail Marys before the game and at halftime and all that, but you would see him going to daily Mass. It could be a comment he would make in practice, it could be just his presence.”

Many of Malone’s practices continue at Badin. Before boarding the bus each game day (the team plays home games at nearby Hamilton High School) the Rams gather around a statue of the Blessed Mother. They say three Hail Marys and the prayer to St. Michael the Archangel. In addition, whenever possible Tenore has a priest come say a Mass for the team on game days. If a priest or Mass isn’t available, he’ll lead a prayer service.

When secular schools are plotting last minute strategy changes in the passing game, Tenore has his team focused on the most important of fundamentals.

“I tell our players that when we attend team Mass, that’s the most important thing that we’ll do today,” he said. “The most important thing we’ll do today is go to Mass. The greatest thing that we will do is to be in the presence of the Holy Eucharist. It’s hard enough to bring people to believe that and have faith in that, and to go against the powerful culture of athletics and competitiveness.”

Tenore understands the complaint from some circles that athletics has become too much of a focus, but he said that the culture can be changed. He’s even got a plan.

“Is it going to get any better? Making faith a priority?” Tenore said. “The step I’m taking is right before we start our official practice in August, we’re going to have a team mini-retreat/vocation day. It’s in planning right now.”

If that goes well, Tenore would like to extend the concept to other schools in the Greater Catholic League. Those plans are still a bit off in the future, but he sees hope even in the present.

“One of the coolest things I can remember in terms of my relationships with players was when I was organist for a while at St. Mary’s up in Oxford. One Sunday I was in the choir loft and one of our players came up there. Then I saw another one and another one, and eventually, there were five guys that came up there on their own early Sunday morning to go to church,” Tenore said. “I asked them, ‘What are you guys doing here?’” They said, ‘We thought we’d come to Mass.’ I think only one of them knew I played up there. That group got it.

“(Football) can definitely be used for a greater purpose,” Tenore added. “It can be a very powerful thing.”

Pope discusses women in the church, divorce, his own spirituality 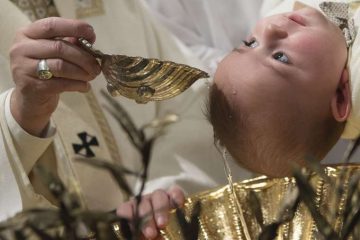