Vatican City, Jan 12, 2020 / 04:44 pm (CNA).- Pope Emeritus Benedict XVI and Cardinal Robert Sarah, prefect of the Congregation for Divine Worship, have co-authored a book on the crisis in the Church and on priestly ministry.

“From the Depths of Our Hearts” will be published in English by Ignatius Press. It can now be pre-ordered, and it is due to ship Feb. 20.

The work “is not just about priestly celibacy, important as that is in itself,” Fr. Joseph Fessio, founder and editor of Ignatius Press, said. “It is about, as Pope Emeritus Benedict XVI describes it in his first paragraph: ‘the lasting crisis that the priesthood has been going through for many years.’ But it is about more than that; it is about the nature of the Church and of Christian discipleship.”

According to Ignatius Press, Benedict and Cardinal Sarah “honestly address the spiritual challenges faced by priests today, including struggles of celibacy,” and “point to deeper conversion to Jesus Christ as the key to faithful and fruitful priestly ministry and church reform.”

Benedict and Cardinal Sarah write that “the priesthood is going through a dark time. Wounded by the revelation of so many scandals, disconcerted by the constant questioning of their consecrated celibacy, many priests are tempted by the thought of giving up and abandoning everything.”

The book is meant to be a message of hope, and an explanation of the biblical and spiritual importance of priestly celibacy, which they call more than “a mere precept of ecclesiastical law.”

According to Ignatius Press, the authors “insist that renewal of the Church is bound to a renewed understanding of priestly vocation as sharing in Jesus’ priestly identity as Bridegroom of the Church,” and “they affirm that optional celibacy for priests is not actually optional for an authentic priesthood.”

The publisher added that the book is in part a response “to calls for refashioning the priesthood, including proposals from the Amazonian Synod.”

Some voices at the October 2019 synod made a case for the priestly ordination of married men in the Amazon region, ostensibly as a response to a lack of vocations.

Some synod participants said that the lack of priests in the Amazon region is not caused by the obligation of priestly celibacy, and that the Church must pray for vocations and strengthen priestly formation in the region.

CNA reported Oct. 8 that Cardinal Sarah, along with Cardinal Peter Turkson and others, had urged from the synod floor that the Church’s discipline of priestly celibacy in the Amazon region be maintained.

Priestly celibacy has also been questioned by the “binding synodal process” undertaken by the Church in Germany.

Presbyterorum ordinis, Vatican II’s 1965 decree on the ministry and life of priests, affirmed that “perfect and perpetual continence for the sake of the Kingdom of Heaven, commended by Christ the Lord … is held by the Church to be of great value in a special manner for the priestly life.

Through “celibacy observed for the Kingdom of Heaven, priests are consecrated to Christ by a new and exceptional reason. They adhere to him more easily with an undivided heart, they dedicate themselves more freely in him and through him to the service of God and men, and they more expeditiously minister to his Kingdom,” the decree states.

“In this way they profess themselves before men as willing to be dedicated to the office committed to them … and thus to evoke the mysterious marriage established by Christ, and fully to be manifested in the future, in which the Church has Christ as her only Spouse,” Vatican II stated.

Celibate priests, according to the Second Vatican Council, give “a living sign of the world to come … in which the children of the resurrection neither marry nor take wives.”

Celibacy is called a “gift of the Spirit so fitting for the priesthood of the New Testament, freely given by the Father,” by Presbyterorum ordinis.

The Vatican II decree said that the council “asks not only priests but all the faithful that they might receive this precious gift of priestly celibacy in their hearts and ask of God that he will always bestow this gift upon his Church.” 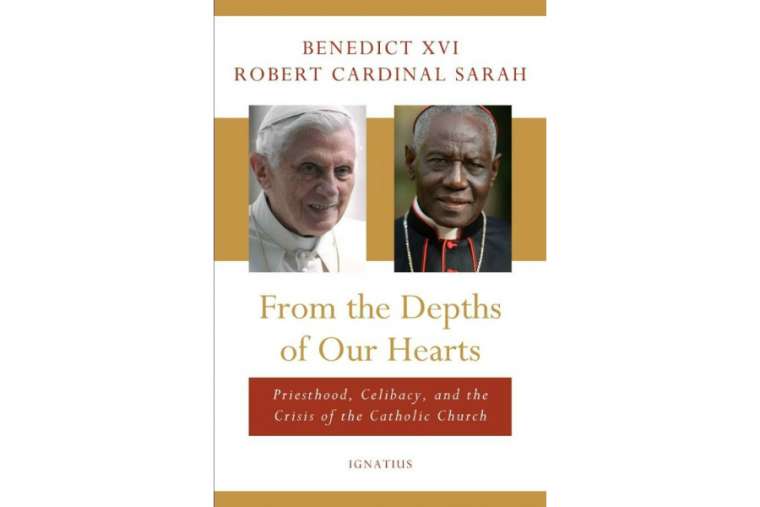