Another U.S. bishop has reproached efforts to delay discussion of “Eucharistic coherence” by the whole conference.

“Sadly, there are some bishops and cardinals of the Church who not only are willing to give holy Communion to pro-abortion politicians, but who seek to block the United States Conference of Catholic Bishops from addressing the question of Eucharistic coherence,” stated Bishop Thomas Paprocki of the Diocese of Springfield in Illinois on Wednesday.

The question of “Eucharistic coherence,” he added, “has taken on heightened urgency with the election of President Biden, a Catholic who promotes the evils of abortion, same-sex marriage, and transgenderism.”

In a recent letter, Cardinal Blasé Cupich of Chicago and other bishops asked the president of the U.S. bishops’ conference, Archbishop Jose Gomez of Los Angeles, that deliberations on “Eucharistic worthiness and other issues raised by the Holy See” be delayed until the bishops can meet again in-person.

Individual bishops have recently addressed the application of canon law to situations of Catholic public officials who support permissive abortion laws. President Joe Biden is a Catholic and supports taxpayer-funded abortion, and individual bishops have argued both for and against denying him Holy Communion because of his continued support for legal abortion.

Bishop Paprocki noted in his Wednesday statement that the phrase “Eucharistic coherence” appeared in the 2007 Aparecida Document of the Latin American and Caribbean bishops – which then-Cardinal Jorge Mario Bergoglio, now Pope Francis, had a “crucial role” in developing.

In that 2007 document, the bishops noted the role of public officials in defending the sanctity of life on issues such as abortion and euthanasia. When Catholic officials support these “grave crimes against life and the family,” they are not to present themselves for Communion, the bishops said.

“We must adhere to ‘eucharistic coherence,’ that is, be conscious that they cannot receive Holy Communion and at the same time act with deeds or words against the commandments, particularly when abortion, euthanasia, and other grave crimes against life and the family are encouraged,” the document stated.

Bishop Paprocki further stated that the teaching on “Eucharistic coherence” is also part of canon law.

According to canons 915 and 916, “a person who is conscious of grave sin is not to celebrate Mass or to receive the Body of the Lord’ and that those ‘who obstinately persist in manifest grave sin are not to be admitted to Holy Communion,’” Bishop Paprocki said.

“This is not a judgement of the interior disposition of person’s soul, which only God can judge, but pertains to the person’s external actions in relation to objectively grave sins,” he said.

With the spring meeting of the bishops approaching, Archbishop Gomez had written to the Vatican’s Congregation for the Doctrine of the Faith on March 30. He informed the congregation that the U.S. bishops would be discussing Eucharistic consistency at their upcoming spring meeting, addressing the situations of Catholic public officials who support permissive laws on grave evils such as abortion and euthanasia.

On May 7, the prefect of the congregation – Cardinal Luis Ladaria – wrote back, telling Archbishop Gomez that if the bishops were to consider any “national policy” on Communion including these situations, they would need to first dialogue extensively and serenely among themselves to ensure they were united on the Church’s teaching.

Cardinal Cupich noted the Vatican’s call for dialogue and unity in his recent letter, and argued that the virtual nature of the bishops’ June meeting would not be conducive to discuss the matter at hand.

“The serious nature of these issues,” he said, “makes it impossible to address them productively in the fractured and isolated setting of a distance meeting.”

“We strongly urge that the bishops gather in person regionally or by province” to discuss the Vatican’s letter, he added, before the conference as a whole were to consider a teaching document on the Eucharist.

Then in a May 22 memo to all U.S. bishops, Archbishop Gomez explained that their upcoming meeting will include a deliberation and vote on whether or not to begin drafting a teaching document on the Eucharist; the vote, he clarified, will not be on final approval of any such document. Furthermore, he said, the proposed discussion “reflects recent guidance from the Holy See.”

It also included a section on “Eucharistic Consistency” and St. Paul’s teaching that Catholics must examine themselves before receiving Communion. The proposed section would focus on the “nature of eucharistic communion and the problem of serious sin.”

Bishop Paprocki approved of the effort to discuss the Eucharist at the bishops’ upcoming meeting.

“I fully support the decision of Archbishop Gomez and the Executive Committee of the USCCB to proceed with discussion of the topic of Eucharistic coherence at our June meeting to authorize the Committee on Doctrine to draft a document on this important subject for debate, amendment, and vote at our November meeting,” the bishop said.

He joined other bishops, including Archbishop Salvatore Cordileone of San Francisco and Archbishop Samuel Aquila of Denver, who decried attempts to delay discussion of Eucharistic coherence.

“I’m deeply grieved by the rising public acrimony among bishops and the adoption of behind-closed-doors maneuvers to interfere with the accepted, normal, agreed-upon procedures of the USCCB,” Archbishop Cordileone stated on Tuesday.

“Those who do not want to issue a document on Eucharistic coherence should be open to debating the question objectively and fairly with their brother bishops, rather than attempting to derail the process,” he added.

Archbishop Samuel Aquila of Denver stated, “St. Paul is clear that there is danger to one’s soul if he or she receives the body and blood of our Lord in an unworthy manner.”

“As bishops, we are failing in our duty as shepherds if we ignore this truth and how it is manifesting itself in today’s society, especially with regards to those in prominent positions who reject fundamental teachings of the Church and insist that they be allowed to receive Communion,” Archbishop Aquila said.

The USCCB working group on Biden’s presidency did recommend a teaching document on the Eucharist, but maintained that any discussion of Communion for pro-abortion politicians must be included with the Church’s teaching on general worthiness to receive Communion among all Catholics. 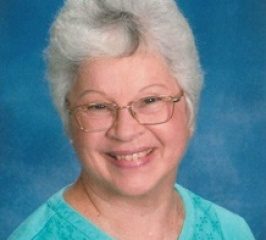