Brother John Blank, a Marianist Brother for nearly 70 years, died April 14 in Dayton at the age of 82.

A Mass of Christian Burial was celebrated April 20 at Queen of Apostles Chapel at Mount Saint John in Dayton.

A native of Cincinnati, Brother John taught at area Catholic high schools and served as a missionary in Lebanon, Australia and Japan.

He entered religious life in 1939 at Mount Saint John in Dayton, professed first vows in 1940 and perpetual vows in 1944.

From 1943-1965 he taught religion, Latin, English and driver’s education at Chaminade in Dayton; Cathedral Latin and St. Joseph High Schools in Cleveland; and at Archbishop Moeller High School in Cincinnati. He also spent a year as a teacher at Chaminade in Mineola, N.Y.

In 1965, Brother John became a missionary assigned to teach at St. Joseph Secondary School in Lebanon. During his 11 years there, he taught English and religion and served as a librarian and counselor.

He returned to the United States for a year in 1974 before leaving for St. Paul’s College in Victoria, Australia, where he taught for nine years.

He spent the last 10 years teaching at St. Joseph International School in Yokohama, Japan, where he taught English.

Burial was at Queen of Heaven cemetery at Mount Saint John.

CNS Review: The Identical is a faith-friendly film 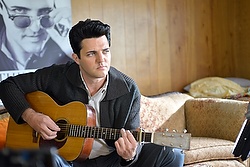