VATICAN CITY (CNS) — The Middle East, which continues to face many hardships and challenges, needs the ongoing support of Catholics around the world, a Vatican official said.

"Long and exhausting wars continue to produce millions of refugees and strongly influence the future of entire generations," said Cardinal Leonardo Sandri, prefect of the Congregation for Eastern Churches.

"They see themselves deprived of the most basic goods, such as the right to a peaceful childhood, to a harmonious school education, to dedicating one’s youth to looking for a job and forming a family, to discovering one’s vocation, to an industrious and dignified adult life, and to a peaceful old age," he wrote.

In a letter sent to bishops around the world, Cardinal Sandri asked for continued support for the traditional Good Friday collection for the Holy Land. The Vatican released the letter March 4.

"The funds traditionally collected on Good Friday are the main source of material support for Christian life in the Holy Land," the cardinal wrote. "The territories that benefit in various forms of support from the collection are Jerusalem, Palestine, Israel, Jordan, Cyprus, Syria, Lebanon, Egypt, Ethiopia, Eritrea, Turkey, Iran and Iraq."

The church in the Holy Land and throughout the Middle East has endured "severe trials" over the centuries, Cardinal Sandri wrote.

"Those trials are not yet finished: The tragedy of the progressive reduction of the number of local faithful continues, with the consequent risk of seeing the various Christian traditions that date back to the early centuries disappear," he wrote.

"The Holy Land, and especially the Christian community that lives there, has always occupied an important place in the heart of the universal church," the cardinal wrote.

"The whole church has received from Jerusalem the gift and joy of the Gospel and of salvation in Christ Jesus," and the awareness of that gift "motivates us to give with joy and generosity," he wrote.

The Franciscan Custody of the Holy Land, an administratively autonomous province of the Franciscan order, uses the collection to carry out its mission of preserving most of the shrines connected with the life of Jesus as well as for providing pastoral care to the region’s Catholics, running schools, operating charitable institutions and training future priests and religious.

The collection, taken up at the request of the pope, is administered by the Franciscan Custody and the Congregation for Eastern Churches, which uses it for the formation of candidates for the priesthood, the support of the clergy, educational activities, cultural formation and subsidies.

The Vatican press office released, along with Cardinal Sandri’s letter, some details of how the money was used from the 2019 collection, which totaled more than $8.2 million.

The congregation spent more than $3.2 million on academic, spiritual and human formation of seminarians and priests of churches under their jurisdiction as well as men and women religious; more than $3 million went for subsidizing schooling and educational activities for young people, including at Bethlehem University; nearly $2 million was used provide emergency assistance and support to people in 10 countries.

The Vatican also released a list of the projects supported through the funds given to the Franciscan Custody to assist the Christian minority in the region, preserve and provide pilgrim access to the archaeological sites and Christian shrines and support education.

Among the maintenance and restoration work carried out were projects at: the Basilica of the Nativity in Bethlehem; the monastery at Bethany, which has Byzantine and medieval remains; the Church of the Holy Sepulcher; and the ongoing expansion of the Terra Sancta Museum in Jerusalem, highlighting the cultural, historical, artistic and archaeological heritage, preserved by the Franciscans.

Pope has been diagnosed with cold; symptoms unrelated to other illness 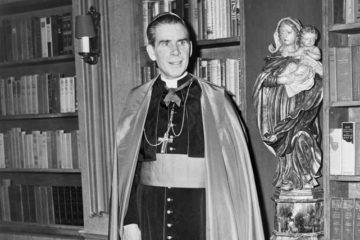