When the Chaminade Julienne men’s soccer team kicks off the 2020 season, there will be a new head coach at the helm but he will be a familiar face to the Eagles faithful.

After completing a thorough search process, Chaminade Julienne Catholic High School announced Friday that Josh Thomas – who has been an Eagles assistant coach the past two seasons – has accepted the position as the head coach.

“I am thrilled to begin my next journey at CJ as head coach,” Thomas said. “I love this program and couldn’t be more excited to continue to coach here and be a part of the CJ community. I fully believe in the school’s mission and am excited to contribute it.”

Thomas, who played collegiate soccer at Mount Vernon Nazarene University, was an assistant coach at his alma mater Dayton Christian before joining the Eagles staff in 2018. He also has several year of experience as a club coach for both Ohio Fusion and, more recently, the Centerville United Soccer Association.

“Josh is a great fit for the CJ community,” athletic director Jeremy Greenleaf said. “Over the past two years, the team has really grown fond of him. I think coach Thomas will be a great addition to the great CJ coaches we currently have.”

A young Eagles team struggled last season, but Thomas will have some familiar face back in the lineup in the fall including several All-GCL honorees – Ben Campion (first team) Noah Boehringer (second team) and Logan Downey (honorable mention).

“We have a great group of guys that are hungry to compete at the highest level and I am confident we will this fall as we return a large group of experienced seniors,” Thomas said. “I am looking forward to putting in the work to craft a culture of excellence both on and off the field. I have full faith in the guys to rally behind that and represent CJ well as young men.” 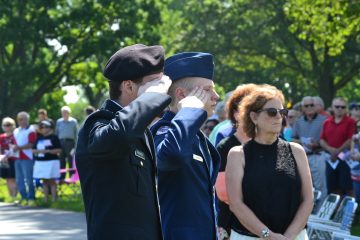