Church audit: Abuse allegations down, spending on training up 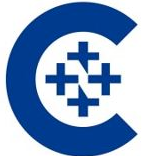 WASHINGTON (CNS) — The number of allegations of sexual abuse by clergy declined in 2013 while diocesan spending on child protection programs increased under the U.S. Catholic Church’s “Charter for the Protection of Children and Young People,” according to a church-sponsored audit.

Dioceses and Eastern-rite eparchies reported 370 new allegations of abuse of a minor from 365 people against 290 priests or deacons, said the Georgetown University-based Center for Applied Research in the Apostolate, which gathered data for the report.

The report includes information collected by StoneBridge Business Partners of Rochester, N.Y., which conducts annual audits of compliance with the charter by dioceses and eparchies under an arrangement with the U.S. Conference of Catholic Bishops.

About 69 percent of the allegations reported last year occurred or began between 1960 and 1984. Three-quarters of the alleged offenders are already deceased or removed from active ministry. Eight of the alleged perpetrators were deacons while 282 were priests, the report said.

Meanwhile, the increase in spending on child protection programs by dioceses, eparchies and religious orders jumped to $41.7 million in 2013 from nearly $26.6 million in 2012.

While the report gave no reason for the 57 percent increase, Deacon Bernard Nojadera, director of the USCCB’s Secretariat for Child and Youth Protection, in a statement cited that “the rechecks of background for a majority of diocesan personnel” was one reason contributing to the increase.

He said background checks also were extended to people working in broader roles within each diocese.

Almost all dioceses were found compliant with the audit. Two dioceses that auditors visited were found to be noncompliant with one or more articles of the charter. The Diocese of Pueblo, Colo., was cited because it could not provide evidence that showed all clergy had received safe environment training. The St. Thomas Syro-Malabar Catholic Diocese of Chicago also was cited because a high percentage of children and volunteers had not completed safe environment training and a high percentage of priests and volunteers had not received background checks.

The annual report has two parts. The first is the compliance report of StoneBridge, which conducted on-site audits of 64 dioceses and eparchies and reviewed documentation submitted by 127 others. The Diocese of Lincoln, Neb., and three Eastern-rite dioceses, known as eparchies, refused to be audited.

Under canon law, dioceses and eparchies cannot be required to participate in the audit, but it is strongly recommended.

Francesco C. Cesareo, chairman of the National Review Board, which oversees the audits, said in the introduction to the report that full participation in the audit process remains the goal. He said two eparchies that previously refused to participate did so in 2013.

“Total participation in the audit is one of the few ways to demonstrate to the faithful the commitment of the bishops to right the horrific wrongs done in the past and to do all that they can to prevent such abuse from happening again,” he wrote.

The second part of the report is the “2013 Survey of Allegations and Costs,” conducted by CARA. Researchers said 194 of the 195 U.S. dioceses and eparchies responded to the survey with the Diocese of Lincoln, Neb., once again declining to participate.

In addition, 155 of 215 religious orders belonging to the Conference of Major Superiors of Men responded to the survey.

The audit reported that more than 99 percent of clergy members, 97.6 percent of employees and 99.5 percent of educators had undergone safe environment training. At the same time, the report said, more than 4.6 million children — nearly 95 percent of the total in church programs — had received training.

Background evaluations were conducted on more than 99 percent of clergy; 99.5 percent of educators; 98.6 percent of employees; and 98 percent of volunteers.

The statistics were compiled from data provided by the dioceses and eparchies.

Despite the high percentage of involvement in training, auditors said they found “gaps in outdated and insufficient materials, unacceptable means of disseminating information to those who are to be trained, especially children, and inaccurate or no documentation on who received safe environment training.”

Auditors also expressed concern with the accuracy of diocesan records of those who had been trained and undergone background checks.

“The Secretariat of Child and Youth Protection is concerned that after 10 years there are still questions or uncertainties, a lack of confidence on the local level regarding certain issues. We have dealt with diocesan concerns around the issues of boundary violations, letters of suitability and how often diocesan/eparchial review boards should meet. The audit found diocesan policies that do not include the revised June 2011 additions to the charter,” the report said.

Auditors also credited dioceses and eparchies for “unique and creative ways that bishops have engaged and empower chancery and diocesan staff and personnel.” The report cited examples of diocesan personnel becoming resources on sexual abuse prevention in their communities and events such as poster and essay contests for children to raise awareness.

In a preface to the report, Archbishop Joseph E. Kurtz of Louisville, Ky., USCCB president, said the report “clearly shows we must remain ever vigilant in the protection of children. Though our promise to protect and heal made in 2002 remains strong, we must not become complacent with what has been accomplished.”

Dioceses and eparchies that responded to the survey reported costs related to allegations in 2013 at $108,954,109; religious orders reported costs at $14,411,168. Expenses covered settlements, attorney fees, therapy for victims and support for offenders.

‘This is a moment of shame’: Pope Francis expresses sorrow at French abuse report

Church audit: Abuse allegations down, spending on training up