Today is the first-ever National Tartar Sauce Day, a celebration cooked up (see what I did there?) by none other than the new owners of Frisch’s Restaurants, home of a fanatically beloved tartar sauce made from a secret recipe.

“People have tried to match it, but they can’t,” said Susan Rollman, owner of Reading-based Food Specialties, which has made the sauce since soon after the day Dave Frisch opened his first Big Boy restaurant in 1948.

A popular condiment since the 1800s, tartar sauce was invented in France and named for the Tartars, a Mongolian tribe who probably never heard of it, to make it sound exotic.

“A good tartar sauce starts from real Mayonnaise – not low-fat!” said food stylist and cook Mary Seguin, who ran a popular Cincinnati parish fish fry for St. Clare parish in College Hill for several years. “Low fat is too sweet. Using something with acid to balance the fat makes each tartar sauce unique: I love the addition of chopped green olives, finely chopped red onion, and fresh parsley. The addition of a vinegar or lemon juice brings it all together. And don’t forget salt.

“I’d say Frisch’s sauce is the sauce to measure all others to, if you are not making your own,” she added.

Cincinnatians agree. At the Frisch’s Facebook page, fans pledge their love. “Frisch’s tartar sauce is the best known to man. Always ask for extra when eating at the restaurant, and always have a jar in the fridge,” wrote Brad Francis. Fish fry fan Bonnie Hunt concurred, writing, “Now here’s the true test of your tartar sauce…. when I go to fish fries I always take my Jar of Frisch’s Tartar Sauce [sic] with me and pull it out of my purse and set it up on the table!”

Posting from Florida, Carole Gies declared, “My husband is the ‘Tartar Sauce Boss.’ We moved to FL but we still have to have Frisch’s tartar Sauce on hand for his burger, fish, etc. Can’t beat it!”

Dann Woellert, the self-proclaimed “Food Etymologist,” writes a blog about regional foods. Tartar sauce was originally used on beef, not fish, he said, and was a particular favorite in Cincinnati, where Tucker’s restaurant was and is famous for using it on its double decker burger.

“Frisch’s was a West Coast chain, and on the West Coast they liked double decker burgers with thousand island dressing,” he said. “When Dave Frisch bought the franchise for this region, he decided his burgers would feature tartar sauce.”

Frisch made his own sauce, Woellert said, until a salesman from Food Specialties – which made the sauce for Tuckers – said the company could make it for him. And they’ve been making it ever since.

“I think the secret ingredient is the type and quality of pickles they use,” said Woellert, who attends both St. Rita and Christ the King parishes, and travels all over the area to try restaurants and food events of all sorts. “And they use a lot of pickles.”

Rollman wouldn’t discuss the secret recipe, but she confirmed that Frisch’s sells “a lot” of the thick tart sauce throughout the year, both at restaurants and by the jar – the latter at stores, restaurants, and by mail to ex-Cincinnatians like Gies. “We send it out every day,” she said.

Frisch’s worked with National Day Calendar, an organization that certifies and publicizes “day” events to news media around the country, to have the first Friday of Lent receive the designation. Here in Cincinnati, Mayor John Cranley issued a proclamation naming today Tartar Sauce Day. 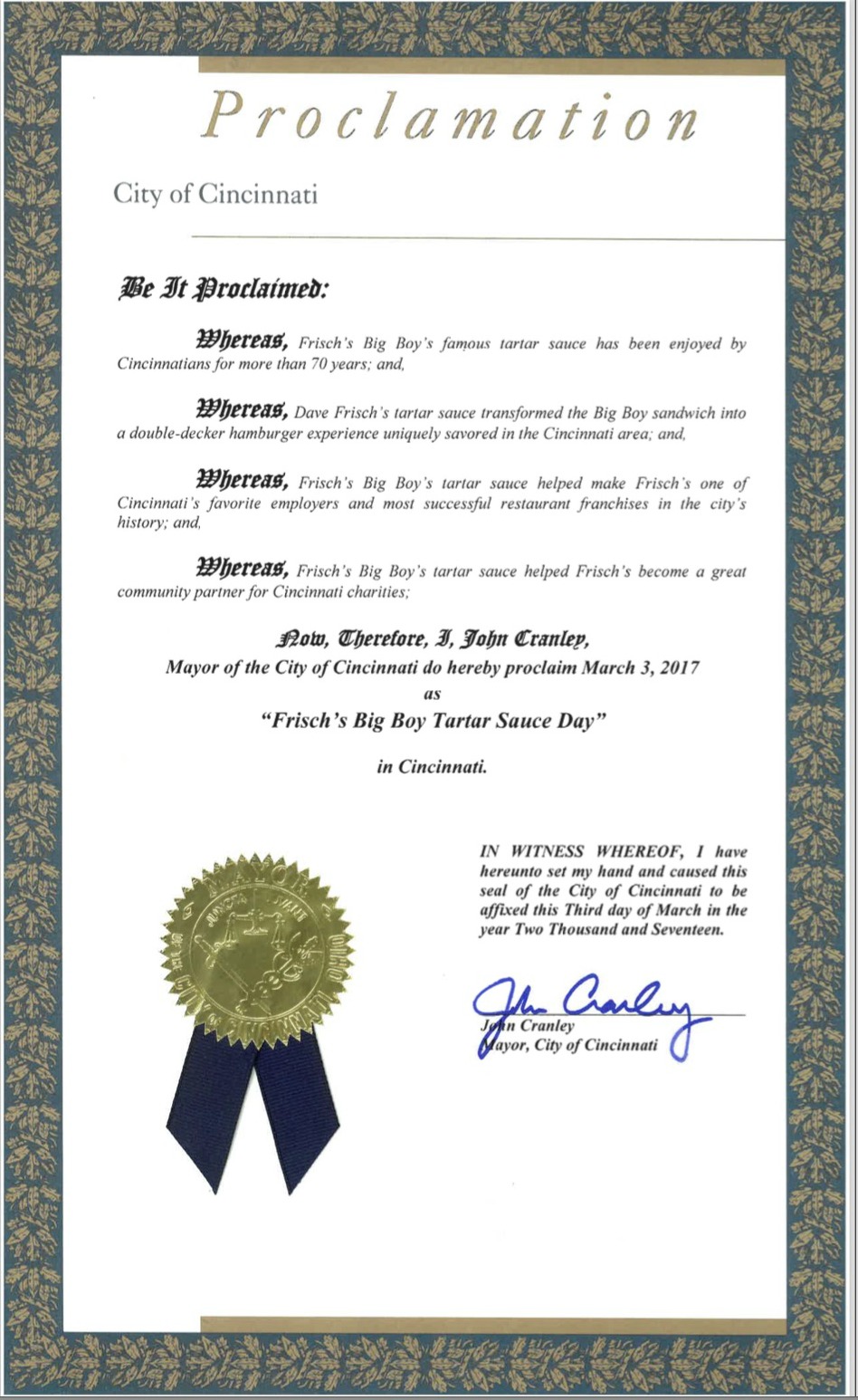 “”I spent my childhood attending fish fries, and I will make the fish fry circuit starting this Friday with my son, shaking hands in the process,” Mayor Cranley said, joking that “nothing demonstrates Catholic commitment to Lent and sacrifice like slathering tartar sauce on fried fish and eating tons of French fries.”

Naturally, Frisch’s is celebrating. The company asked local food bloggers to create recipes using the condiment (see below for links), is giving away coupons online and in person at the St. William Fish Fry tonight, and awarded 500 lucky tartar sauce lovers with a free jar of the stuff.

“Cincinnati is totally a tartar sauce city,” said Woellert, adding that with regional and comfort foods, people gravitate to what they ate as children.

In this area, that’s clearly Frisch’s sauce – which, the company said, is popular as a French fry dip as well a topping for onion rings and an ingredient for potato salad, cole slaw, and deviled eggs.

But some people still prefer to make their own. Larry Misleh, owner of Madison Diner and Madison Bowl in Oakley, said he created his own creamy version of the sauce that features hard-boiled eggs.

“I sell it with fish, and on several specialty burgers,” he said. “People love it.”

Misleh said most fish fries used packaged sauce, because it’s easier than making it from scratch when it’s needed by the gallon. “But I think that even if I were a fish restaurant I’d make it myself, to be different,” he said. “On Friday, people should come buy it from me!”

Whether you buy the region’s most popular sauce, make your own, or go out to eat a restaurant special, you have 40 days to focus on tartar sauce and fish – and the rest of the year to sample this area favorite.

Maybe, after today, the rest of the country will begin to share Greater Cincinnati’s obsession. Rollman hopes so.

“We think every day should be National Tartar Sauce Day,” she said.

One Man Peaceful Protest: Standing for Justice, Peace, Equality & Respect for All People

Stuff Luke Carey Found for December: Encounter in the Ordinary 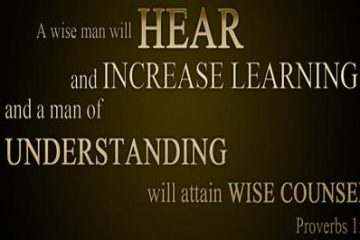